The home where Lily O'Briens all began is up for sale 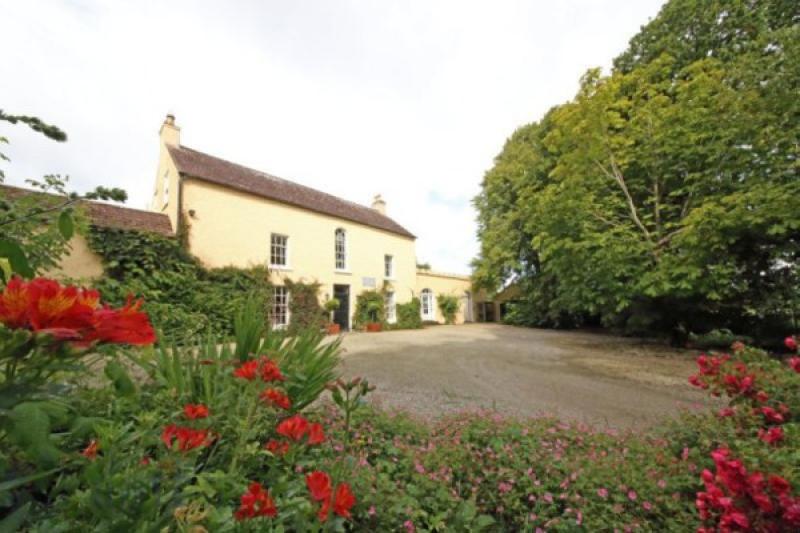 The house where one woman's first batch of chocolates were made in 1992, which would ultimately become a global brand, is up for sale. To call it a house actually undersells this property, it has all the hallmarks of a mansion and a history that that makes the price tag realistic. Jonathan Irwin, founder of the Jack and Jill Foundation, along with his wife Mary Ann O'Brien, who created the Lily O'Brien's chocolates chain, are selling their seven-bedroom mansion in Ballitore, Co Kildare. The price tag of €750,000 seems apt because of the history that goes with this property. It was apparently built in 1700 and was home to the Shackleton family, forebears of polar explorer Ernest. The village of Ballitore has a unique history itself. It was the first quaker village built in Ireland or England, and Ireland's first cardinal's Edmund Burke and Paul Cullen were both educated there. The property itself is very impressive. The floor space of the house is over 600 square metres, while there was an adjoining wing built with two large bedrooms and two bathrooms that blends in well with the rest of the spacious house. Irwin recalls where it all began for the Lily O'Brien's franchise, their very own kitchen. "Mary Ann hadn't been well, and we'd gone to South Africa, where she'd met a chocolatier. She came home and made a batch of things, and well, they all sold.  It's surprising that it was chocolate. Maybe that had something to do with the house; it's a quaker house and chocolate- the Frys an Cadburys- is a quaker thing", he said. The couple are now down-sizing and moving to a house in Kilkenny, and there should be no shortage in interest for this historic house.
ADVERTISEMENT
Advertise with Us
ADVERTISEMENT
Advertise with Us