5 days later: The Bundle of Sticks roundabout fire has finally been quenched once and for all

It was hardly an inferno that would rank alongside the Great Fire of London, but the small fire that continually burned over the last number of days just outside of Naas was eventually put out last night for good. A heap of old silage went on fire some 50 metres away from the roundabout on Monday, leaving smoke bellowing across the busy road and causing problems for passing by motorists. A machine was called in late last night to level out the mound and move it just a few metres away, while fire crew used watered canons on the removed silage to ensure there would be no more spark ups of the fire again. [caption id="attachment_45322" align="alignnone" width="1024"] 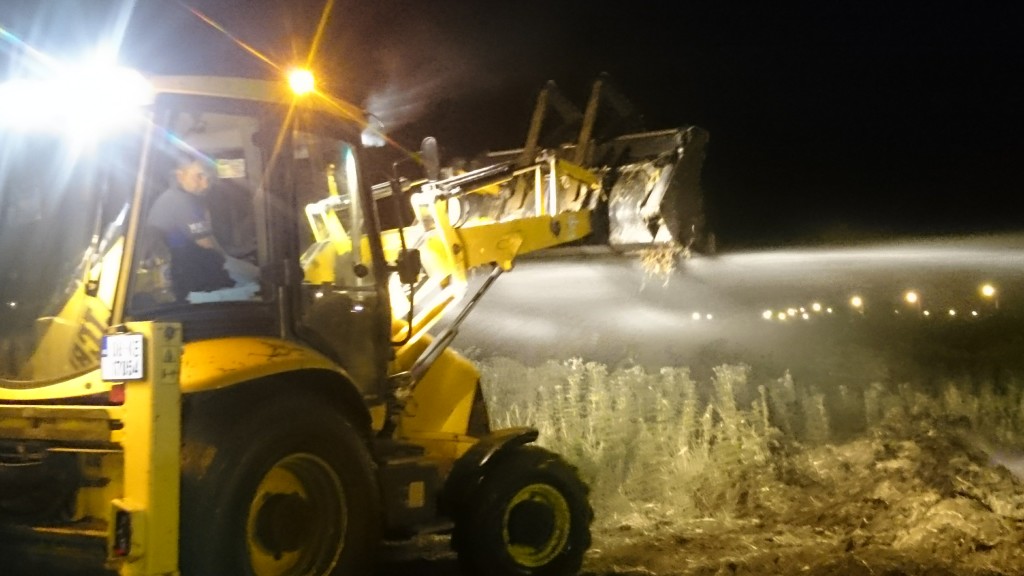 A shear-grab levels out the burning silage.[/caption] Fire services were alerted on Monday afternoon and tended to the scene to put the blaze out, but it was smoldering away on Tuesday morning once again. There was always a likelihood that even after they used water canons on the heap on Monday, there would still be burning embers deep inside that could ignite properly again. Each day this week the rotten silage began to spark again, and the resultant smoke that it caused to blow across the road became too much of an inconvenience for motorists, so the fire service eventually had to take different steps to put an end to it. It's still unknown what actually started the fire in the first place but it was a problem that could, and should, have been dealt with on Monday. Fire crew were apparently keen on getting the machine in to clear the burning silage, but were not given the go ahead. [caption id="attachment_45323" align="alignnone" width="1024"] 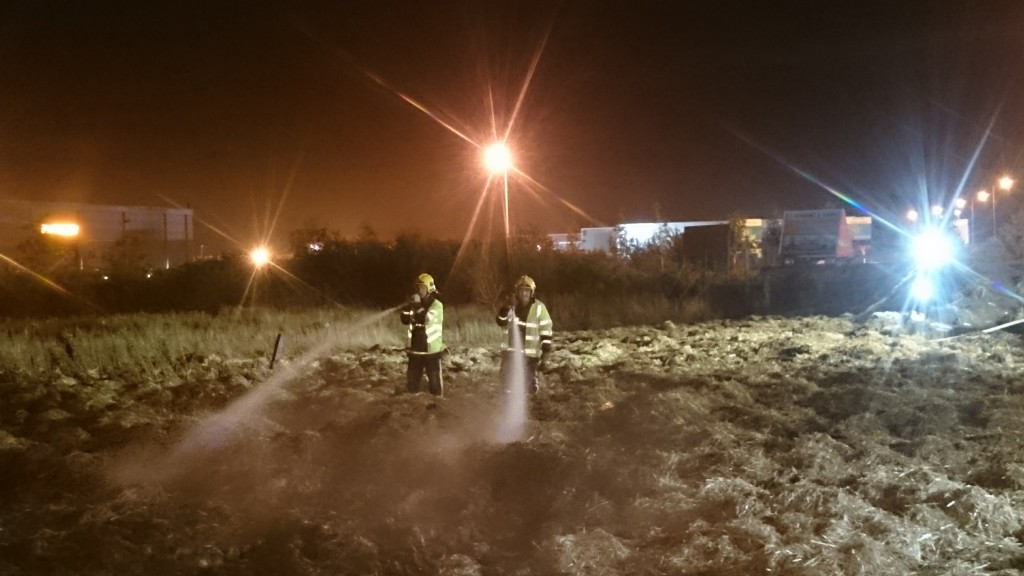 Two fire crew members blast water on the silage.[/caption] After five days of intermittent burning, pressure from different county council members and a plethora of complaints from the public, the fire service eventually had the use of a shear-grab to level it out and ensure it would be the last the public would see of the fable Bundle of Sticks roundabout fire.`
ADVERTISEMENT
Advertise with Us
ADVERTISEMENT
Advertise with Us