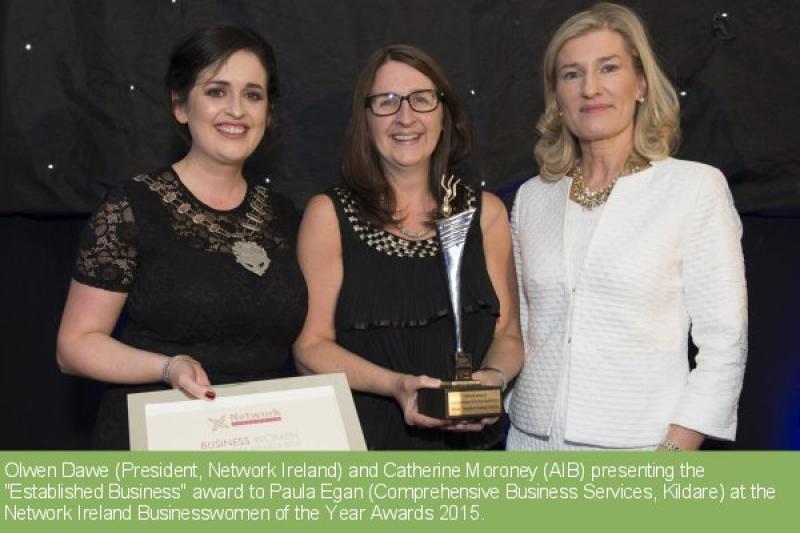 Network Ireland’s National Conference and Awards took place in Knockranny House Hotel in Westport with over 200 business women from all over Ireland who gathered to discuss, network and learn from one another and from a powerful lineup of speakers whose expertise and knowledge was shared with a theme of Harnessing Opportunity for Women in Changing Times.  This year Paula Egan, Network Ireland Kildare branch member, was awarded Network Ireland Businesswoman of the Year, 2015.

Paula is the founder of TaxBuddy.ie and FinanceServices.ie. The judges were particularly impressed that she had developed a business and then sold it for a substantial value before starting the process again with her current business, which looks set to be just as successful. The judges felt that she was a true entrepreneur and had self-educated herself in a number of different areas and just knows what makes a business successful. Paula leads and develops the team at Finance Services as they provide reliable, accurate and cost effective outsourced accounting, payroll and income tax solutions.

Egan was delighted with he award and said; “I was shocked and delighted with the award. It is a great honour. Network Ireland Kildare branch members has been very supportive and encouraging through the whole process. I couldn’t have done it without them.”

Alison Bough, President of Network Ireland Kildare Branch, said: “We are thrilled for Paula on winning the national award. It is a great achievement for Paula and all the work she has put into her business over the last number of years.” 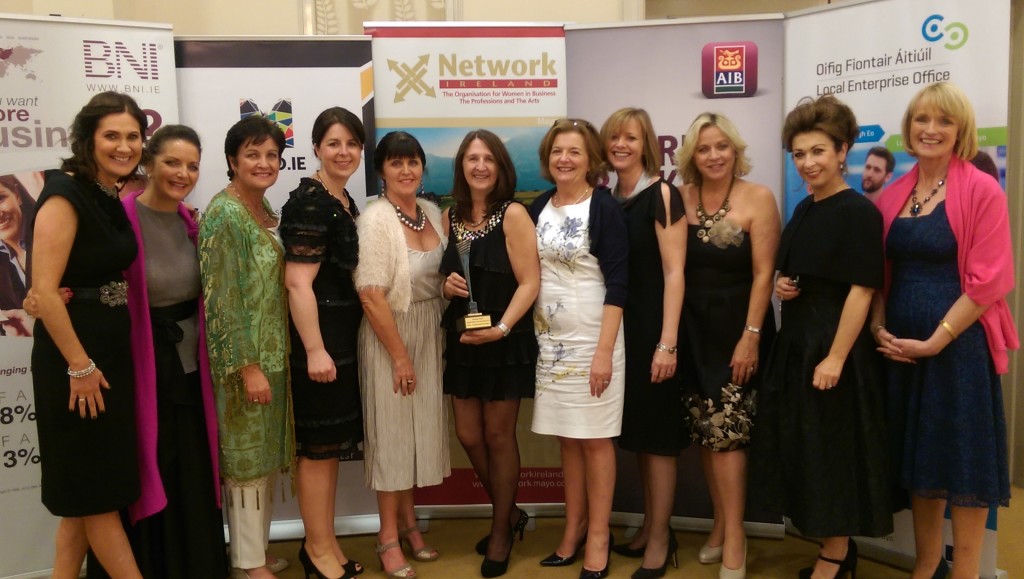 The Conference was officially opened by Mairead McGuinness, MEP who travelled especially to Mayo to engage with the delegates had some extremely sound advice, using her years of experience as a former journalist and now international politician  “We have to take more risks and I would encourage anyone who has an idea, give it thought, trust your gut and then just do it.

I came from a background with no connections in politics and in journalism but knew I wanted to do both, I went with my gut and made it happen.  Dispense with guilt and regret, because they are not good for you.  People have respect for people who take the knock and get over it and I know from experience that to succeed you first need to fail.”