The brother of Trevor Deely  who will be missing 18 years this December 8, says that last year's dig carried out by the Serious Crime Review  in Chapelizod was 'soul-destroying.' A  six weeks intensive dig took place  last year in Chapelizod, West Dublin, after Gardaí received information that led them to believe that there were clues there as to what happened Trevor Deely,  but nothing was found. His brother, Mark, appealed for information on Crimestoppers last night, in a moving interview with Sharon Ní Bheolain. Friends and family are expected to gather again at Ballycane Church in Naas as they do every year on the anniversary of Trevor's disappearance. Trevor grew up in Naas and attended the CBS primary and secondary school. After completing second level, Trevor attended a course at Waterford IT where he studied Business. After a year, he decided not to continue the course and began working in IT at Bank of Ireland in Dublin. Mark said: "The dig in Chapelizod last year was soul destroying. There is no logic to Trevor's disappearance, it gets harder as time goes on. He would have turned 40 last August. We did not celebrate it as it would feel hollow, we want to know where he is. We can't find anyone who will give us that crucial bit of information.Trevor was the baby of the family, he was becoming an independent person, it is incredibly hard." He was last seen at approximately 4.14am on December 8, 2000. On December 8, 2000, following his Christmas party, Trevor called to his place of work to collect an umbrella, due to the inclement weather conditions. CCTV footage from the last sightings of Trevor Deely has been digitally enhanced. New CCTV footage captured a man dressed in black outside the rear entrance of Bank of Ireland, Asset Management Offices on Wilton Terrace, Dublin 2 between 3am and 3.34am, prior to Trevor Deely arriving. At 3.34am, moments before Trevor approached his place of work this man steps out onto the footpath and follows Trevor Deely to the back gate of Bank of Ireland, Asset Management before conversing with him at 3.35am. Trevor was last captured on CCTV passing the Bank of Ireland ATM machine on Haddington Road at approximately 4.14am  to 4.21am on the December 8, 2000. Gardaí believe that the man seen acting suspiciously outside of Trevor’s place of work is the same man that  was  seen passing the Bank of Ireland ATM on Haddington Road at 4.14am to 4.55am, 34 seconds after Trevor Deely that morning. [caption id="attachment_179999" align="alignleft" width="300"] 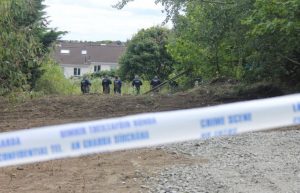 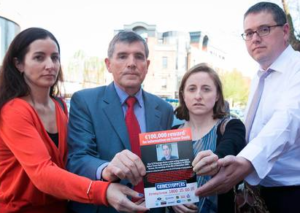 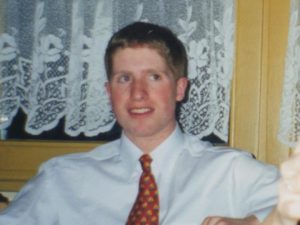 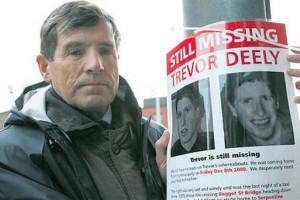 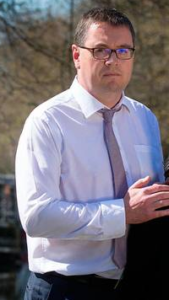 Mark Deely, brother of Trevor Deely, says 'there is no logic' to his brother's disappearance[/caption]
ADVERTISEMENT - CONTINUE READING BELOW