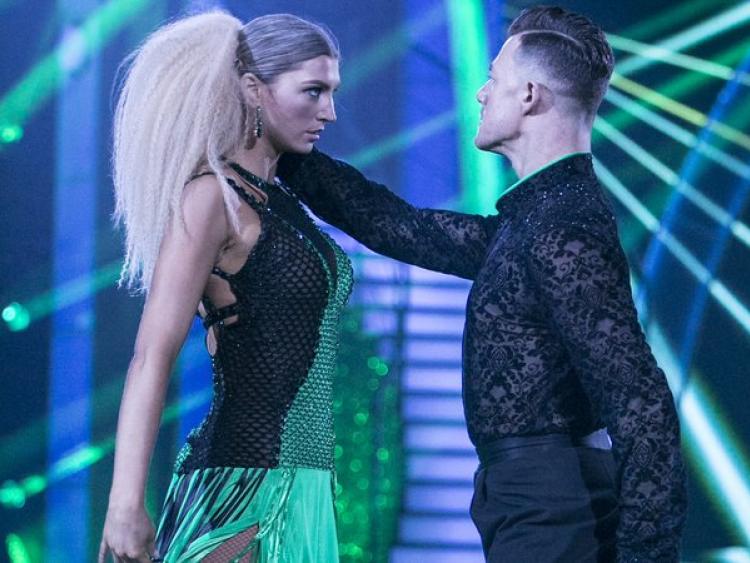 By Kim O'Leary It was an exhilarating weekend of dancing with the three judges deciding to quite literally “switch-up” the competition, with the celebrities paired with new professional dancers and while some like Eadestown native Alannah Beirne rose to the occasion, others found it difficult dancing with new partners. Eadestown native Alannah, 24, was paired with professional dancer Kai Widdrington, and the duo impressed the three judges with their flawless and elegant tango using the three key characteristics of a tango known as the legato, staccato and rubato. After a difficult week last week following a painful rib injury, Alannah continued to bounce back and she looked fantastic in a green sequence dress while Kai looked dashing in a black suit ensemble. Before the performance, Alannah explained that she wanted to give her all this week. She said: “I want to show the judges my best this week and to go back to Vitali next week with top marks.” The Eadestown woman certainly didn’t disappoint in her performance as she and Kai executed flawless twists and twirls, earning much praise from judges Brian Redmond, Lorraine Barry and Julian Benson awarding them 27 points to top this week’s leader board. However, all three of the judges noticed a minor error in terms of head positioning for Alannah while her and Kai’s performance was considered overall to be well executed. Lorraine Barry said that the performance was “overall an amazing, attacking dynamic tango” while Julian Benson described it as a “dark, dramatic tango with a great dynamic” and Brian Redmond admitted that he “really enjoyed” the performance with all three judges awarding Alannah and Kai 9 points each to give a total of 27 points as they danced to "Green Light" by Lorde. Speaking to presenters Nicky Byrne and Amanda Byram after the performance, a clearly delighted Alannah said: “I’m so happy, I’m absolutely delighted I had great fun with Kai this week it’s been good.” Meanwhile, Vitali Kozmin was paired with comedian Deirdre O’Kane for their bewitching American Smooth to Wuthering Heights by Kate Bush which scored them 26 points. Irish singer-songwriter Gavin James also performed his new song "Hearts On Fire" onstage and Alannah managed to get a picture back-stage with the crooner. Also in attendance were Alannah's friends Irish rugby stars Adam Byrne and Josh van der Flier, who cheered the Britain's Next Top Model on as she performed onstage. [caption id="attachment_207542" align="alignnone" width="300"] 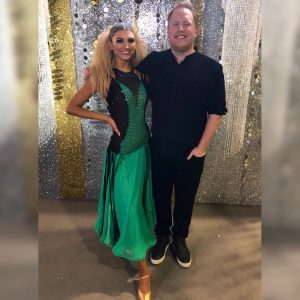 Alannah Beirne meets singer Gavin James[/caption] Next Sunday 18 February is the dreaded "Dance-Off" where the acts with the fewest points will perform to secure a place. Kildare viewers can show their support for Alannah and Vitali voting for them when they appear on the show "Dancing With the Stars" this coming Sunday 18 February at 6.30pm one RTE One by calling 1513717107 or text "Alannah" to 53125 or visit www.rte.ie/dwts