Sallins     1-13 Kilcock    0-8 Joe Fox Plant Hire Intermediate Football Championship quarter-final   "28/1 lads. I hope ye all threw a few quid on us." That line from a member of the Sallins team during their full-time huddle sums up just how remarkable a performance this was from this year's rank outsiders in the IFC. Kilcock were among the favourites to take the title too, but a performance of real passion and grit from Sallins overpowered their opponents and they were fully deserving of their eight point victory. So often in these type of games where the underdog comes up trumps it will be a nail-biting one or two point victory that is down to a fair amount of luck. This was different. Sallins display from minute 1 to 63 was measured, clinical and full of heart. [caption id="attachment_42060" align="alignnone" width="1024"] 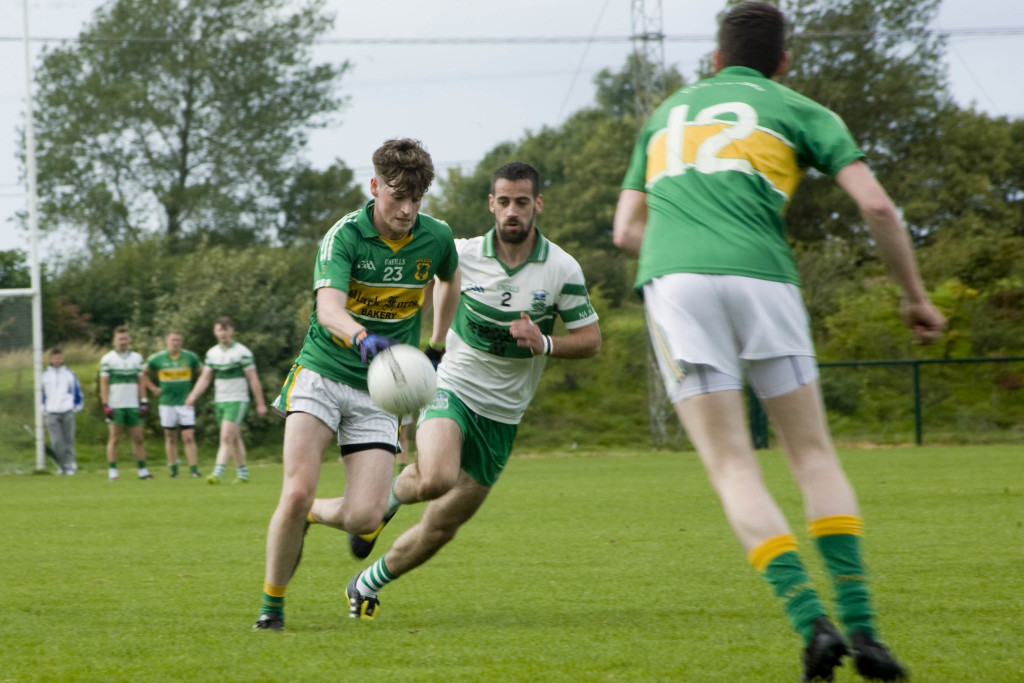 Kilcock's Willie Bright ghosts past Sallins' Justin McLoughlin. Photos by Anthony Daly.[/caption] After Shane O'Rourke had opened the scoring for Kilcock with an excellent score Sallins were settled into the game by a couple of frees from the unerringly accurate Conor Herbert and a score from Jack Sharkey. Kilcock responded well though, and Eoin Powederly sent over the score of the day with a thunderous effort from 50 yards  before Paul O'Brien levelled matters with a point of his own. Sallins pushed on though, and four unanswered scores from Sharkey,a free, Kieran O'Connor, Paul Clifford and a huge free from Herbert gave them a sizeable lead at half-time with the score 0-7 to 0-3 in their favour. https://www.youtube.com/watch?v=ew6BU68byO0 Kilcock started the second half like they began the first, with a score inside the first two minutes coming from David Duke. Sallins responded with a score through TJ Jordan, but then came the moment that changed the game. Mark Donnelly latched onto the ball on the left wing, burst through the Kilcock cover at pace before spearing an unstoppable shot into the roof of the net from 15 yards out. That goal allowed Sallins to drop an extra man into defence and join Paul Clifford in the sweeper role. Clifford was superb in covering the space between the full-back and half-back lines throughout the game, while also bursting forward with the ball and creating platforms for his side to attack. https://www.youtube.com/watch?v=D6TUGQk8YGE&feature=youtu.be O'Rourke and Willie Bright knocked over scores for Kilcock but at this stage Sallins never looked like being stopped. Jordan got his second of the game for the eventual winners following a strong run through three challenges before eventually clipping the ball over from close range. A couple of points from Herbert widened the gap to eight and it was game over with just seven minutes remaining. Eamon Fitzpatrick and David Duke managed to pull two points back for Kilcock, but another Herbert free and a fine point from substitute Paul Farrelly helped to finish the game out in style for the Sallins men. [caption id="attachment_42061" align="alignnone" width="1024"] 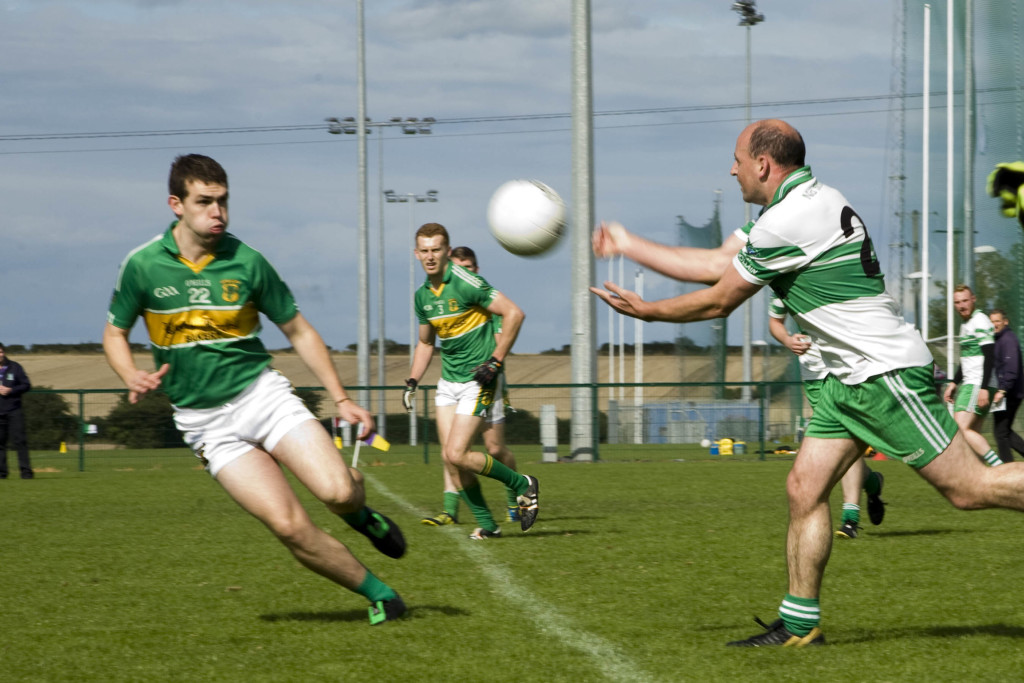