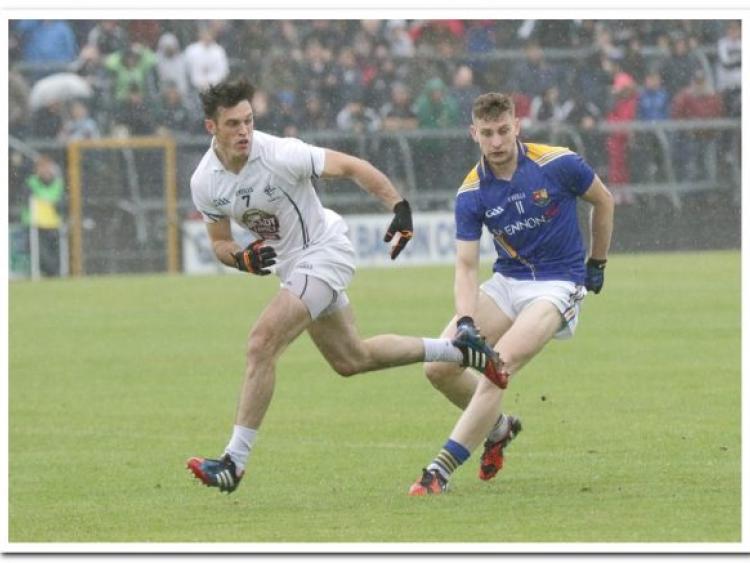 In the overall scheme of things Kildare’s challenge game draw against Roscommon last night to mark Robertstown’s centenary year didn’t matter that much as regards the result and in fact it was more noticeable for who wasn’t on the field. A whole host of players weren’t togged out but possibly most worrying was Eoin Doyle going off with a hamstring injury halfway through the first half before Cian O’Donoghue also went down in the second half. “Cian O’Donoghue got a bang in the first half and then another after the break so that was just precautionary, we weren’t going to risk it”. “Eoin Doyle is a little bit more worrying. He came off before he felt a full tear but he is definitely conscious that something happened”. “The lads will assess it and we’ll see how it is but it’s awful shame because he’s our captain, our leader, and you could see that we were a little bit more porous than we normally would be when he went off the field,” said Kildare Manager Cian O’Neill. As well as Doyle, Paul Cribbin and Ben McCormack are seen as big doubts for the Leinster Championship opener against Wicklow and while O’Neill was pretty positive about McCormack, it wasn’t so good about the Johnstownbridge star who enjoyed such a stellar 2018. “Ben McCormack is moving along nicely with his thumb. He has a further appointment on Friday which will be the last medical appointment to see where he is at and how it has healed”. “The surgeons have done a great job and the medical team are working with him on his movement and his strength there. You can see it in his eyes, he is hungry to be back, he is out there kicking ball and he wants to be back. He had a phenomenal league for us until he got injured.” “I really feel for Paul Cribbin, it’s very frustrating. We’ve worked through the stages that the radiographers and the surgeons have been saying, every step so far hasn’t worked in terms of easing the pain. “It’s a pelvis/groin injury, similar to osteitis pubis. It’s a notorious injury for being a slow healer but we are four months now so it’s particularly long. It’s hard luck on him after the brilliant year he had last year and the brilliant championship season.” Fionn Dowling, Adam Tyrrell and Chris Healy also sat out the game but hopes are high that they will be back on the pitch in the coming weeks. “Fionn Dowling hurt a groin in a club match and he is two weeks at this stage. It’s going to take another week or two to heal.” “Chris Healy tweaked his hamstring the weekend before last so didn’t play for his club last weekend. He’s not too far away but at the same time we’ll set a realistic target of the club championship weekend and hopefully we’ll see where he is then.” “It’s Adam Tyrrell’s hips and groins and that’s a long term thing managed over the last few years by Moorefield and ourselves. We said we’d have a look at him tonight, he didn’t play for his club last weekend, just to see if we could reintroduce him but it was still at him. We said it’s too close to club and too close to county to risk him., O’Neill admitted. On top of all that Kevin O’Callaghan, Cathal McNally, Padraig Nash and DJ Earley are all longer term and with that added to Aaron Masterson and James Murray leaving the squad, the Kildare boss has called up Liam O’Flynn, Darragh Ryan, Darragh Kirwan and Niall Sullivan from the under 20’s. “We only have four training sessions in a whole month, which is not much, but we have four other players in on a training basis. We have Darragh Ryan, Darragh Kirwan, Liam O’Flynn and Niall O’Sullivan in”. “Myself and Gay Campbell had a good chat and he has been great in terms of advising and guiding on the players he has at the moment relative to what we need because we have lost players to injury. We’ve brought the lads in on a training basis but the four of them have really put their hands up and shaken things up for the couple of sessions they have been in there. We’ll review the championship panel after the club weekend” It wasn’t all bad new though as Eoghan O’Flaherty, Conor Hartley and David Slattery all returned and to be fair to them they all looked sharp. “David Slattery is back after his shoulder dislocation, Kevin Flynn only really got his first bit of football in the last round, Conor Hartley pretty much missed the second half of the league so great to see him back in there and Eoghan O’Flaherty too so that’s all a positive in that regard”, O’Neill said.