Kildare welcomed Wexford to Castlemitchel GAA for the first of this weekends' Leinster B semi finals.  The game turned out to be a very entertaining contest with non stop action and goals galore.

Both keepers are to be commended for some outstanding net minding throughout the game and despite 10 goals in total being scored on the day, there could have been a lot more only for their valuable contribution to their respective teams!

Kildare led at the midway point of the half 2.03 to.0.03 Eimear Hanlon and Hayley Wiltshire with the Kildare goals.

Wexford's keeper denied Kildare another goal producing a double safe pushing the second shot around the post for a 45. Wexford brought themselfs back into the game with another point and a fortunate goal with Leah Ormands strike deceiving Fiadh Whitely to hit corner of the net.

Whitely was called into action again denying Aoife Cullen in a one on one situation. Kildare responded with 1.01 Eimear Hanlon netting her second goal of the half. Kildare could have had another goal, Zoe Brierty and Niamh Mortell linking up with a one two but net minder O' Reilly was quick to react saving with her feet from Mortells shot. Wexford finished the half strong with substitute Aoife Cullen adding 1.01 leaving the visitors trail by 2 points at the break.

Wexford started the second half as they finished the first with Aoife Cullen raising the green flag for her second goal, pushing her side into the lead for the first time. Kildare tagged on another point followed with Haley Wiltshire popping up with 1.01 giving the home side some breathing space.

That lead was quickly cancelled as Wexford responded with two quick fire goals, Cullen with her third and hattrick  followed with Megan Dee making no mistake from close range. Kildare tagged on three points in succession without reply reducing the deficit.  Wexford now hit a purple patch and went on a scoring spree keeping the umpires busy with a goal and five points Wexfords sixth goal courtesy of substitute Katie Breen.

Kildare's season draws to a close now with that defeat and Wexford advance to play either Offaly or Longford in the B final next month. 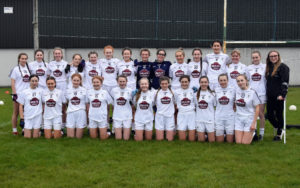 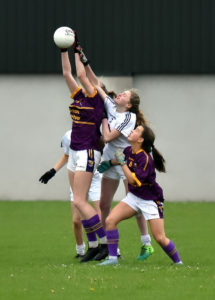 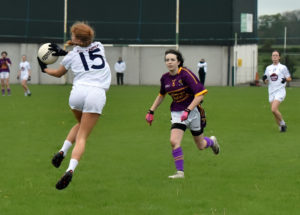 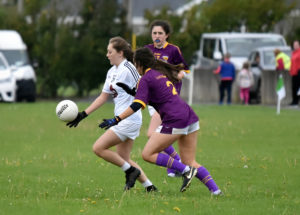 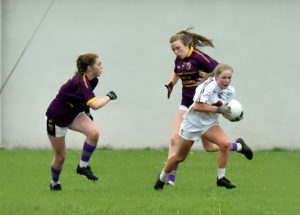 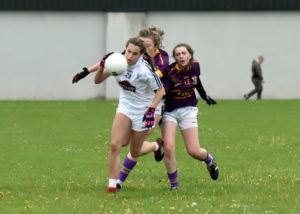 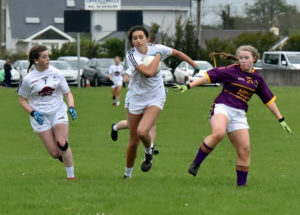 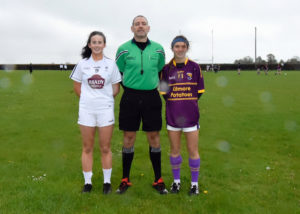