New Ukrainians in Ireland documentary to air on TV 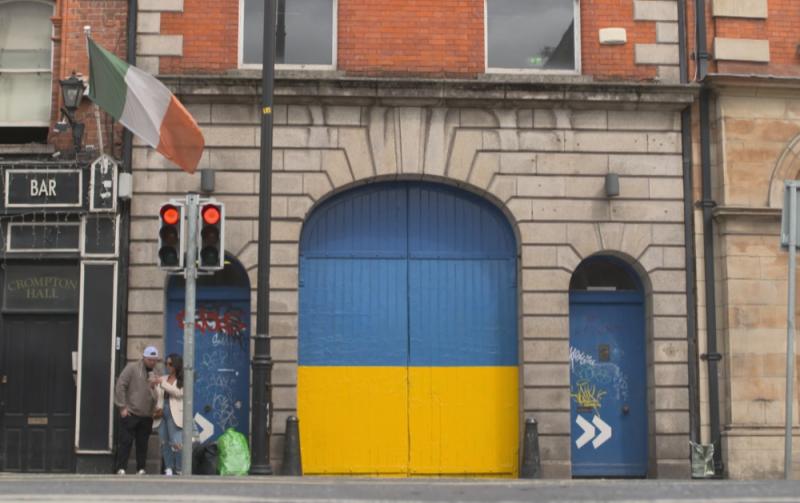 The War at Home, a brand new TV documentary which captures the Irish response to the crisis in Ukraine is set to air on RTÉ One and RTE Player, Monday 19th September at 9.35pm.

The War at Home, a brand new TV documentary which captures the Irish response to the crisis in Ukraine is set to air on RTÉ One and RTE Player, Monday 19th September at 9.35pm. This moving, inspiring and engaging documentary offers a human insight into the first-hand experiences of those who have been displaced, the continuing generosity of the Irish people and the challenges that lie ahead. It also follows the experiences of Ukrainians forced to travel to Ireland, as they and the already established Ukrainian community here watch the destruction of their motherland unfold from a distance of 3,000km.

The documentary charts this period of turmoil from the invasion back in February to the continuing crisis which has seen over 40,000 refugees enter the country, and follows nine Ukrainian and Irish individuals who each share their remarkable stories and experiences.

Some of the interviewees include Grace Kennedy, a law tutor at the University of Galway, who left her job at the beginning of the war and has since raised over €70,000 and organised aid, transport and support. To date, she has brought over 5,000 Ukrainians to Ireland safely and into homes with the help of bus driver Aidan Geraghty from Roscommon. A number of the refugees who Grace and Aidan helped to bring home also share their experiences of arriving and settling into new homes in Ireland.

Luba Healy, a Ukrainian woman living in Trim who drove over 3,000km from Meath to Ukraine after finally persuading her 99-year-old grandmother and 70-year-old mother to leave the war-torn country for safety shares their emotional story.

Anatoliy Prymakov, a Ukrainian-Irish man describes putting his life on hold to run the Ukrainian Crisis Centre in Dublin, while Kildare-based volunteer Rose Marie Hayden gave up her job as a solicitor to volunteer with the Irish Red Cross in Maynooth university, where Ukrainian refugees are being housed.

Anton Krasun, a Ukrainian living in Dublin, talks about his role in the development of the ‘Call Russia' initiative, an international campaign that urges Russian speakers to help change Putin’s narrative by cold calling 40 million Russians with information about the war in Ukraine.

The War at Home will air on Monday 19th September at 9.35pm on RTÉ One and RTÉ Player.