Making Cents: Is it financially feasible to transition from two incomes to one? Here's the breakdown 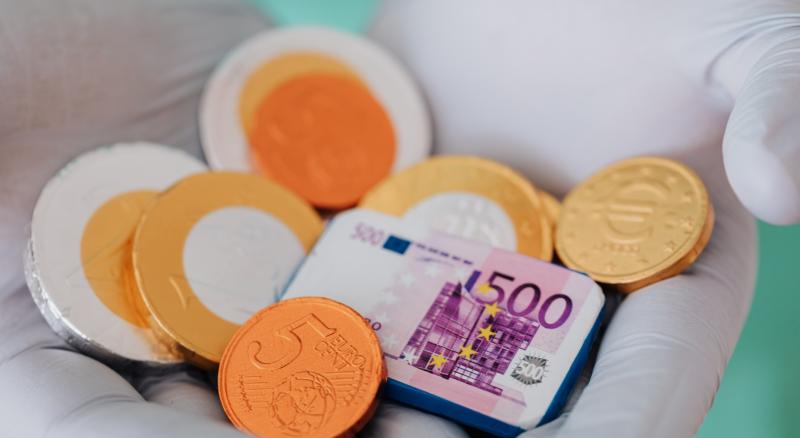 You can't do more with less: Creating a budget and sticking to it is the hardest part of downsizing Picture: Pexels

I’ve had a number of couples contact me since the start of the year, and their reach out for advice has been the same and that is, an opportunity has arisen for one to job share, and they’re exploring the possibility of whether it’s feasible or not from a financial perspective.

Obviously, their household’s income would reduce but this would be counteracted in some way by a reduction in childcare, which one couple referred to, as being extortionately high for their two kids.

With one working from home even for a couple of days, this monthly cost would reduce, and back of the envelope numbers they think it would nearly compensate for the loss of income they’d suffer.

This is a big life decision and they wanted to get it right so they were looking to get a fact-check from me, to see if they were missing anything.

In instances like this, what I get couples to do is complete and populate, what I call a monthly spending planner, but really all it is, is an excel spreadsheet but a very good one, nonetheless.

It’s a great exercise because we can run before and after scenarios which will confirm from a financial perspective whether it’s possible that one of them can reduce their working week from 5 days to 4 or 3 or even 2.

And first and foremost we can review what impact their decision would have on them from a cash flow perspective. We can also look what impact the decision will have on your future selves as well. No point in being fine in the short term and then discover, your future selves are going to be really poor. So, connecting their present and futures selves and not letting one dominate the other are important and all couples in instances like this wholeheartedly agree.

Once they populate the spending planner, we know what their financial situation is right now, and that’s our starting point. We include everything i.e. present income, childcare costs, mortgage, food, travel, insurances etc. literally everything you could think of.

We then look at what numbers will change if they decide to make that change and the first is their income.

One of them will earn less, so we need to figure out, how much less.

So, we look at what the new income will be, factoring in any changes to tax credits and when we know what that new number is, we can plug it into the spending planner.

One of the couples I was working with, one of them was considering reducing their work week from 5 days to 3.

Where they were living, childcare was costing them €350 per week for two kids, and that would now reduce to €210.

When we factored in both of these changes, they were still running a surplus each month albeit at a lower one than before, but that was fine with them. And they instinctively thought it would be okay, but they were delighted to see this being validated by cold hard numbers.

She could reduce her working week to 2.5 days and they’d still be fine but she was going to stick with 3 days for the time being to see what that felt like.

Takeaways
If you’re thinking that you’d like to become a 2 or a 1.5 or a 1 income household for whatever reason, before making any decision, I’m going to share with you, what my takeaways were from my interactions with couples like the ones I’ve been helping over the past few weeks, and they are:

Create a Before and After Budget
Before anyone makes a decision to reduce the number of days they work, they need to first and foremost, figure out if their new monthly income is going to be enough. They need to sit down with their partner and create a realistic budget based on their reduced income.

You need to know exactly what that loss of income is going to be and how much of it will be compensated by a reduction in costs from not working a 5-day week i.e. reduced childcare, reductions in job related expenses like transport costs, food, parking etc.

Discretionary Spending May Take a Hit
Now that you know what you’re up against, it may confirm that you have to make adjustments and you need to identify what areas you are happy to remove from your outgoings so that your new income fits in with your new outgoings.

And remember, with two full incomes, you may not have had to take much notice of your spending.

You could go out for a meal whenever you wanted to, buy clothes etc. and they are unplanned for spending, and now that your income will reduce, maybe that’s something you need to be cognisant of and know that maybe these are things you won’t be able to do without giving it further thought. And is that going to sit well with you?

I’d say it’s important to build this type of spending into your new budget because whilst your income will reduce, you don’t want it to be incredibly restrictive either where you’re worried that buying a coffee will throw your budget out the window.

It May Not Be Forever
A decision for one person to reduce the pace they work doesn’t have to be a permanent choice either.

It could be the right move now based on your family situation but that will change and you’ll enter another life stage where you can re-enter the workforce at perhaps an even faster pace than when you left it.

The decision for one person to reduce their working week can be a difficult choice. It’s complicated by the career implications it has for them, their perceived self-worth etc. and of course the money component of the decision-making process is a big one, but there are other non-financial ones as well and everyone needs to be aware of them.

A big fear with some people, particularly those who cut back their working week, is that they are now more financially dependent on their partner than they once were. And it’s a real feeling and one that should be recognised and important therefore that everyone is aware of how everyone is feeling.

Don’t Forget About Your Future Selves
Your monthly cashflow isn’t the only thing that will be impacted by the change you are considering making. You’ll need to look at your future selves and those other long term financial goals you might have.

Whilst it can be initially difficult to imagine continuing to save on a reduced income, you must run the numbers to see what your cash flow looks like if you continued at a pro rata pace you are currently saving at, and whether your change in circumstances will allow to you.

Once you follow these steps, I think you’ll have a much better picture of what your financial future might look like. It can be daunting thinking about what that transition from two incomes to one or one and a half might look like, but you might be surprised what you’d discover with some planning.

Liam Croke is MD of Harmonics Financial Ltd, based in Plassey. He can be contacted at liam@harmonics.ie or www.harmonics.ie