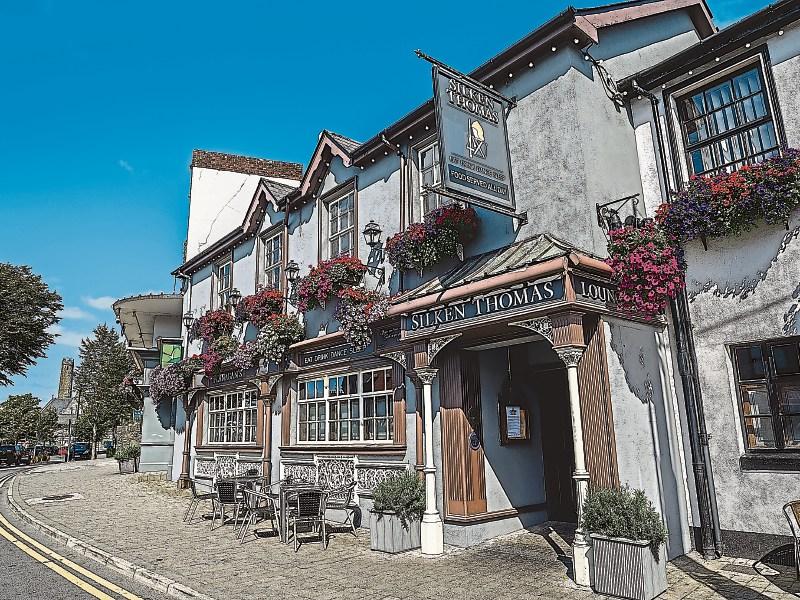 The Silken Thomas in Kildare town

In what could be defined as the longest Christmas Day ever, just about every pub and a good many restaurants have closed down across County Kildare this week as a result of the impact of Covid-19

The Vintners Federation of Ireland, which represents publicans outside Dublin, has called for financial assistance to help the trade — especially if the closure period is extended beyond March 29.

Declan Brady of Brady’s Clockhouse, Maynooth, said the decision means that six full time staff and 20 part timers will lose their jobs until the crisis lifts.

He said he understood the need to invoke measures to protect public health but said other businesses are not being as hard hit as publicans.

He also pointed out that the number of pubs in county Kildare has been falling. There were 179 VFI members in the county in 2018 and this has fallen to some 150 - though about another 50 operated are not VFI members.

He also called on Kildare County Council to reduce rates bills for publicans.

He said that the longer the closure continues the greater the impact will be for the State. “More than half of the price of a pint goes to the revenue authorities,” he added.

Brian Flanagan of the Silken Thomas in Kildare town said that many fear that the prohibition period will extend into April and, possibly, beyond.

The Flanagan family has a long association with the licenced trade in County Kildare and employs about 100 people in Kildare town and at Lock 13 in Sallins.

“We can live with a two week shutdown and perhaps a little longer, bearing in mind that if that happens people will be naturally a little anxious and slow to return.”

However, he said, lasting damage would be caused to businesses if this lasts a good deal longer.

He also said that while the distancing advice had been ignored in some quarters, it was apparent than in many instances it just doesn’t work.

“We need to get this sorted as quickly as possible and the authorities are doing all that they can. It won’t be like the last financial crisis when some businesses just didn’t recover, there will be an end to it. It’s just than everyone wants it to happen as soon as is possible,” added Mr Flanagan.