CORONAVIRUS: Supermacs, McDonalds, Krispy Kreme and Subway are scheduled to close their doors across Ireland this week 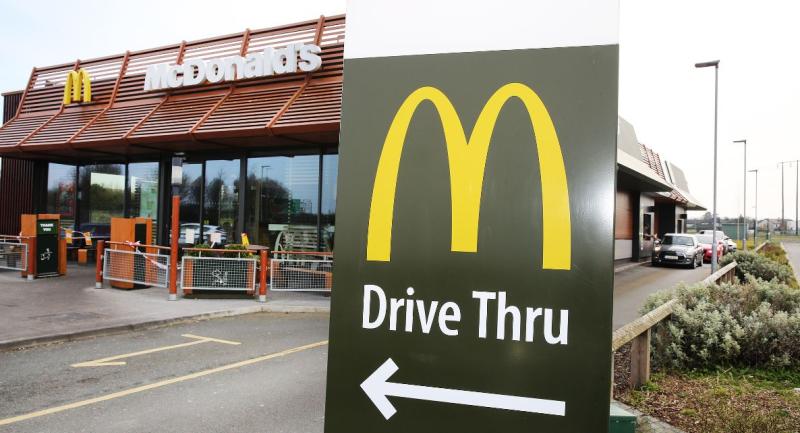 McDonald's drive through at Monread, Naas will be among the fast food outlets to close across the country this evening. Picture: Aishling Conway

Supermacs, McDonalds, Krispy Kreme and Subway are scheduled to close their doors across Ireland this week.

These closures do not come as a result of government orders, rather as a method of instilling social distancing and removing the ability of people to congregate in seating areas.

Supermacs will close their seating areas this Thursday March 26 at 7pm. They made this announcement to allow emergency services which avail of the fast food outlets across Ireland to make alternative arrangements.

McDonalds are closing today March 23 at 7pm also. This closure is suspected to have an immediate affect on the beef sector in Ireland as the company source their meats from over 18,000 farmers across Ireland.

In their statement, McDonalds outlined that they would work with "local community groups to responsibly distribute food and drink" in the coming days.

An update from McDonald’s UK and Ireland — See you soon pic.twitter.com/43moFRrWRR

Krispy Kreme stated that they will be shutting down their operation in Dublin today at 6pm. The hugely popular establishment did not release a re-opening date, but vouched to see their loyal customers soon.

Subway are also closing their doors this week in an effort to contain the virus. In a statement released today, the company stated that "we believe this is the best thing to help support social distancing and keep everyone as healthy as possible for as long as possible."

Stay safe out there. We'll be back soon pic.twitter.com/l47N3aVZAw