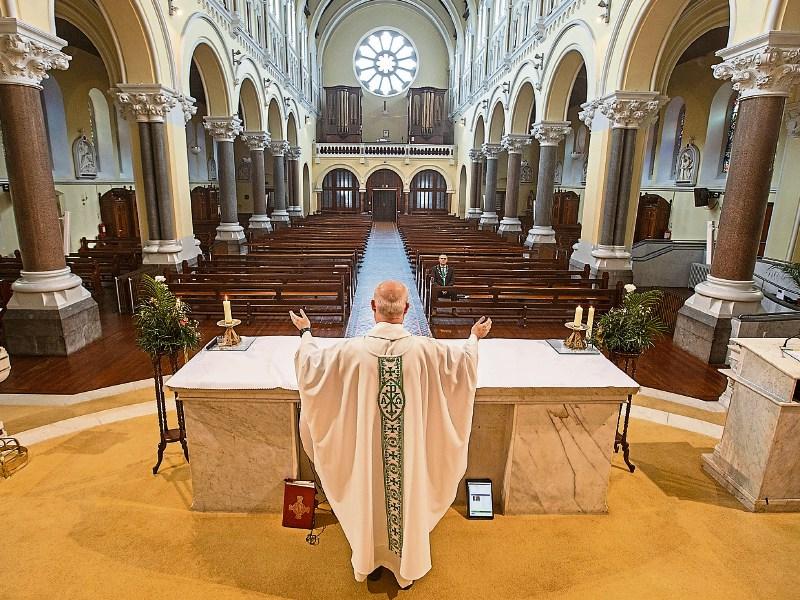 The live viewing of daily mass on RTE has averaged a television audience of 34,600 during the current Covid-19 shutdown.

“The daily broadcast by RTÉ is facilitating a spiritual communion of worshippers who, while not physically present within the church, are digitally united in faith," Bishop Alan McGuckian said.

Bishop McGuckian SJ, Bishop of Raphoe, has encouraged viewers to participate in the daily mass broadcast by RTÉ News Now at 10.30am, Monday to Friday.

Bishop McGuckian said, “As people throughout Ireland are complying with the restrictions that are required to arrest and reverse the spread of Covid-19, the broadcasting of mass is even more important at this time.

“On behalf of the hundreds of thousands of people who would love to attend daily mass, but who can’t get to Mass these days and who don’t have access to the internet, I wish to thank RTÉ News Now for broadcasting Mass. May I ask people to spread the word to those not aware of this special broadcast but who would love to participate at Mass on television. Do tell them that Mass is broadcast at 10.30am Monday to Friday,” Bishop McGuckian said.

According to Nielsen, the independent audience measuring service, since the first broadcast of Mass on RTÉ News Now on March 19, and up to and including March 31, there was an average audience of 34,600 television viewers.  This figure is in addition to the circa 2,300 live streams for mass each day on the cathedral`s own webcam.

Currently, this RTÉ broadcast of mass is taking place from the Cathedral of Saint Eunan & Saint Columba in Letterkenny, Co Donegal, but the venue may change. The broadcast is a response to the Covid-19 related restrictions on public gatherings.

Bishop McGuckian, the cathedral administrator Monsignor Kevin Gillespie, and other members of the cathedral clergy are the celebrants.