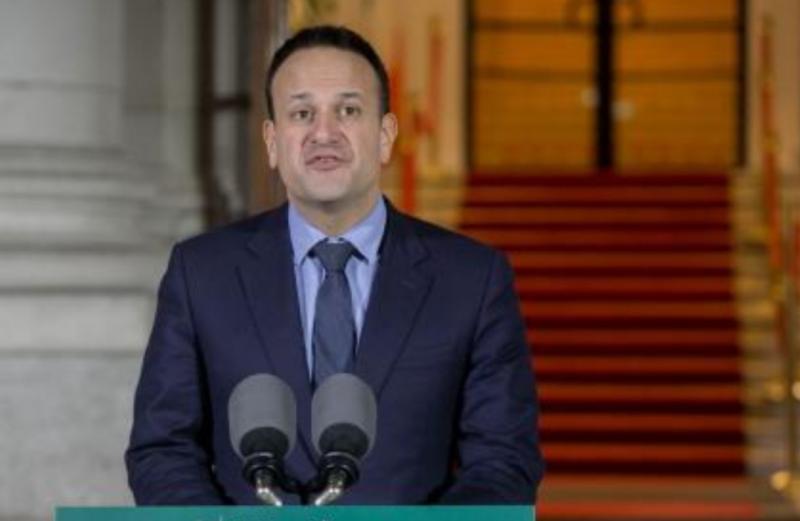 Taoiseach Leo Varadkar has announced a significant two-week extension to Ireland's current coronavirus lockdown to May 18.

Leo addressed the nation on Friday evening after his plans were approved by Cabinet. The measures were earlier discussed by the National Public Health Emergency Team.

There has been a very slight lifting of measures announced on March 28.

There has been no great change in the bulk of the extraordinary measures which have now been imposed on the country for five weeks. They will now run to May 18 at the earliest.

People must stay in their homes unless they are going out to travel at an essential workplace or to shop for essentials like food or medicine. All non essential businesses remain closed.

The Taoiseach also laid out a roadmap for the further lifting of restrictions over the coming months. Measures will be eased on a phased basis so authorities can assess the impact of each one before proceeding. These five phases will be run three weeks apart if the disease remains under control.

If the rate of infection remains low in the next two weeks, builders and other outdoor workers will be permitted to return to work, a move that would see around 100,000 people return to the workforce. Garden centres, hardware shops and other small retailers would be allowed to reopen at that time. Sporting activity in small numbers will also be allowed at that time and people may be able to meet family and friends in small numbers outdoors from May 18.

The opening of the hospitality sector is still a long way off and it could be as late as September before those industries fully return. The Taoiseach also confirmed that schools and colleges will not reopen until September or October.

"We're doing this for each other the coronavirus is cruel and inhumane, but the stories I'm hearing are of human kindness. When we come through this, we will come together as a nation to grieve every one of those people who have died during this crisis."