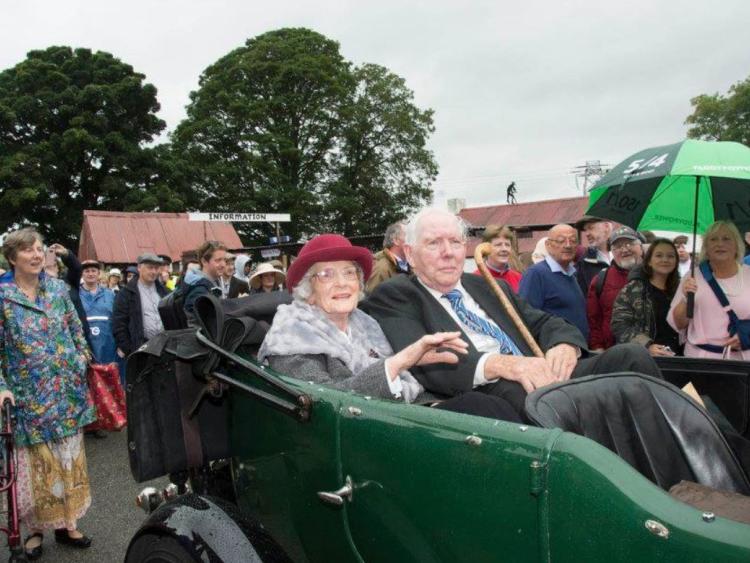 The late Rita O'Rourke and Pat Corrigan, VIPs at the last Hollywood Fair hosted in 2017. Sadly, Rita passed away earlier this year but was so proud to officially open the 2017 event.

Following its launch at a dinner dance in Hollywood Centre last weekend, the book for this year’s Hollywood Fair is now available in local shops in Hollywood and Ballymore Eustace. 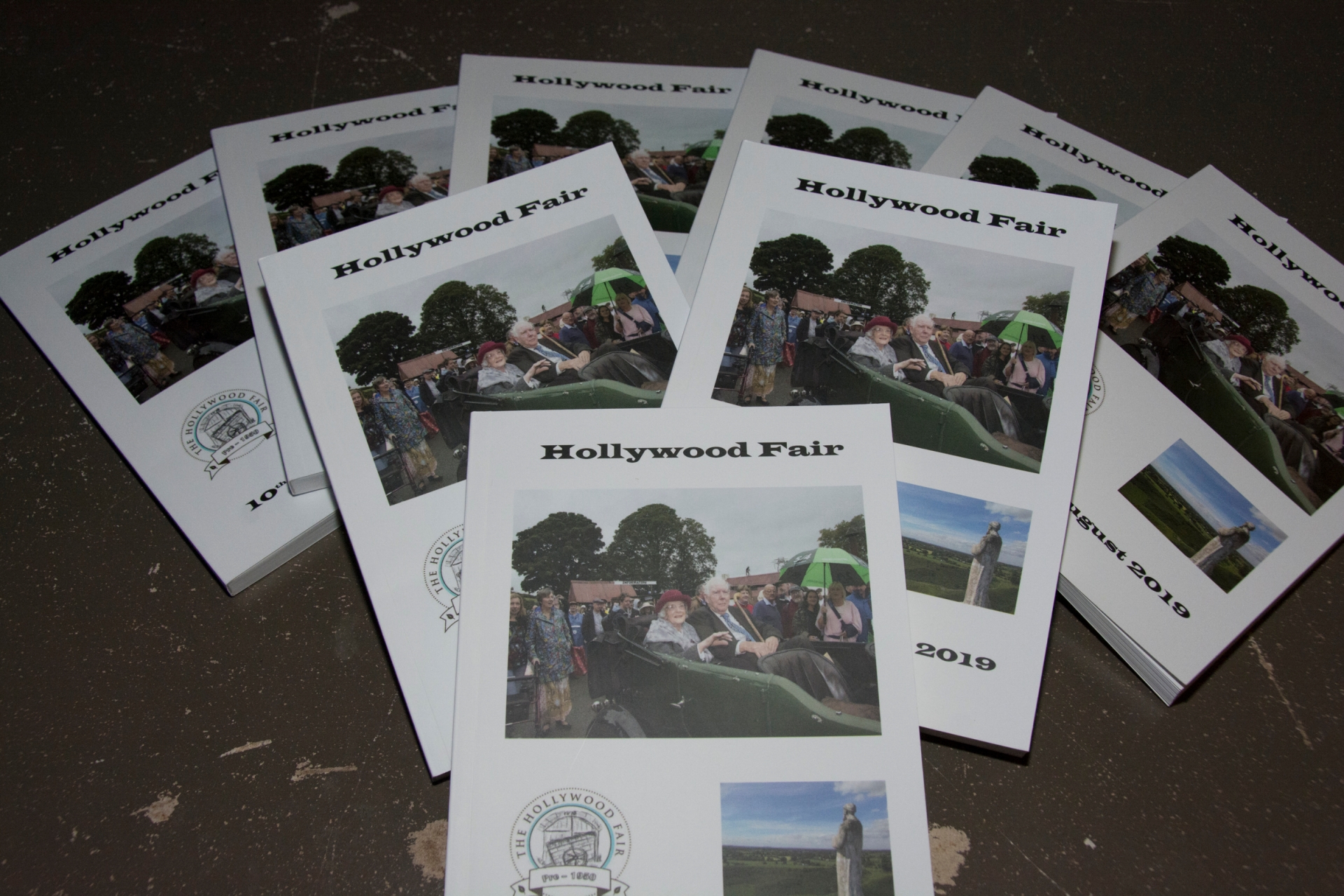 A full colour production, it is on sale for €7. Editor Johnny Glennon please "Please support the Fair Committee by purchasing this book, its great value and makes for a good little read."

It's only a few weeks to go to another mega vintage festival in Hollywood. The book includes photographs from previous fairs and features 14 articles of local interest by local people.

A novel feature this year is an article giving the various views and opinions of the boys and girls, 22 of them in all, from third class in Scoil Chaoimhín Naofa. Local woman Tina Davis (better known for her dancing skills) has composed a witty poem to celebrate the success which the Hollywood Fair has been since it started in 2011.

Another highlight this year are two extended profile interviews with two prominent community women, the first one is with Dr Mary Kearney who served as the GP for Dunlavin, Hollywood and Donard for some 31 years until her retirement in 2016. 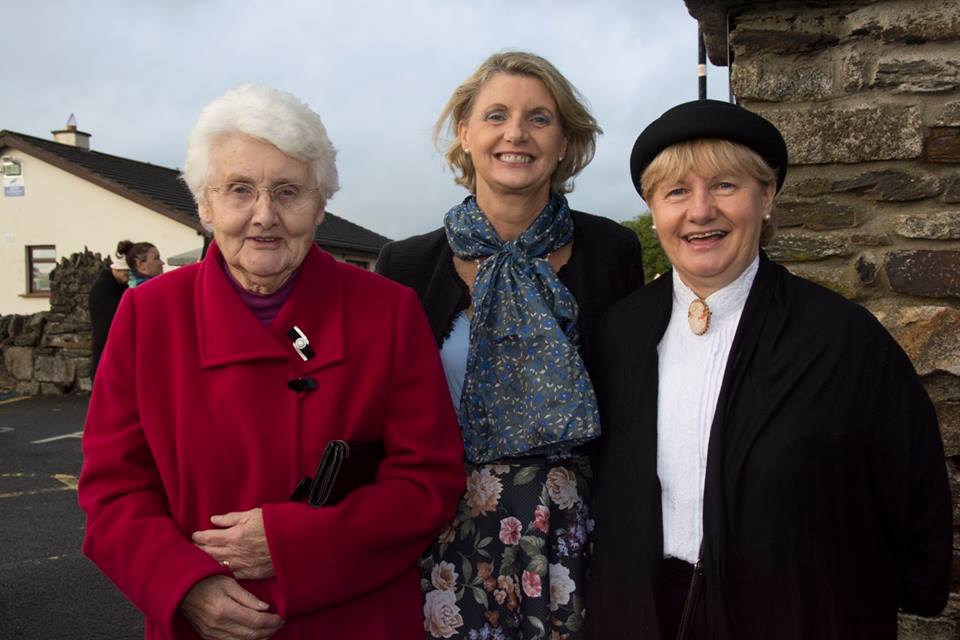 The other interview is with Susan Tutty of Silverhills. Widow of the late Joe Tutty and now in her nineties, Susan has 8 children, 22 grandchildren and 18 great-grandchildren. In this article, she reminisces with humour and wit on the highlights of her life.

In an article called 'Hollywood Girl', Margaret Glennon Borza reflects on her life growing up in Hollywood in the 1950s and 60s, and on her subsequent career as an art teacher in Dublin’s inner city and then in Dunlavin Community College. Chairwoman of the Hollywood Fair Committee Mary O’Callaghan contributes an article on Hollywood through the eyes of a 'newcomer'. 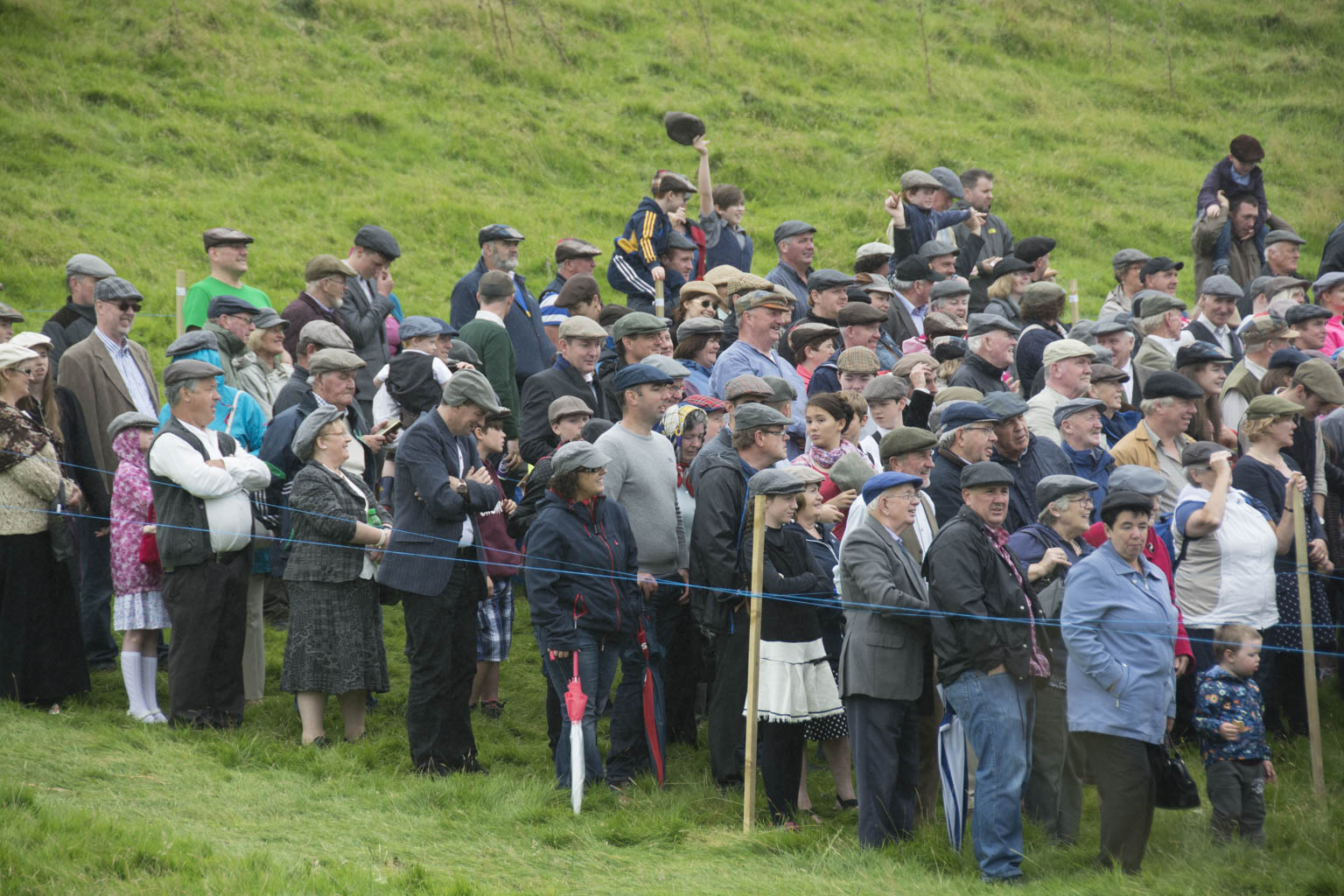 Breaking the Guinness Book of Records for the most caipíns

Mary also has a piece on the flooding of Poulaphouca Lake back in the 1940s and the changes which this brought about in the lives of the families most affected. This major change for so many residents will be the theme for a dramatic re-enactment that will be performed at this year’s Fair.

Mary Clarke and Lil Flynn contribute articles on the successes of the Hollywood ICA Guild since its foundation in 1970. There is a piece by Jean Traynor on the Reillys of Corragh, focusing in particular on local Hollywood GAA legend, Martin Reilly.

"There is also an article on Hollywood’s victory against Dunlavin in the Intermediate Football final in 2017. The book has lots of photographs too that will get people talking" said Johnny.

Photo of Chairwoman Mary O'Callaghan, Kay Hogan and Johnny Glennon launching the book along with Áine Byrne, Anne Legrue and Lucy Mooney at the launch. The excitement is mounting...... hope ye all have yer vintage gear sourced!!!