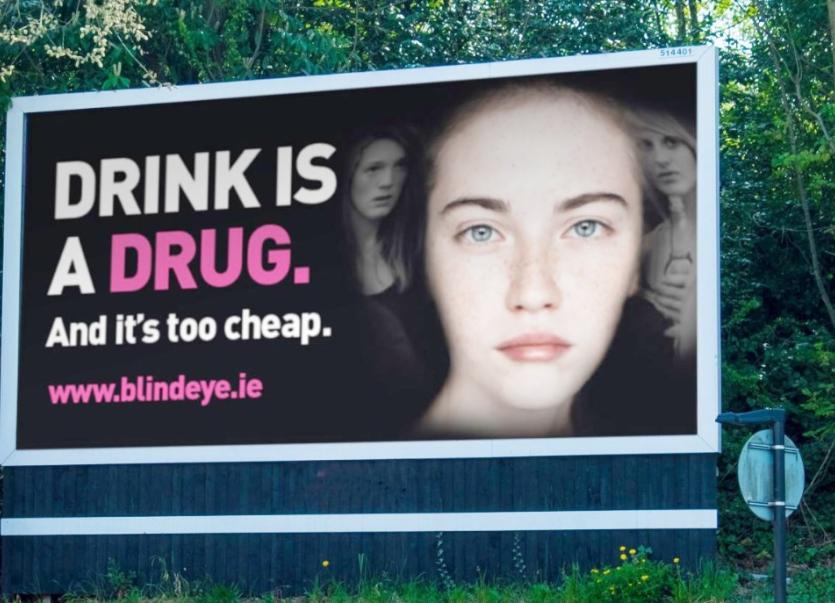 In a week where the Leaving Certificate results shine a spotlight on underage drinking, an anti-drink campaign is focusing on the low price of alcohol in shops and the failure to implement legislation passed last year to address this.

The annual Drink is a Drug outdoor and online campaign, currently running across the country, also aims to encourage parents and other influencers to delay the age at which young people partake of alcohol.

The campaign highlights that a woman can reach the weekly guideline alcohol limit for as little as €4.84* in Ireland (or €7.48 for a male), with a standard drink of cider available from as little as 0.44c and vodka from 0.62c in supermarkets and off-licences.

In addition, there is concern that the provision to eliminate the availability of cheap, strong alcohol in the Public Health Alcohol Bill, passed into law last October, is being constantly delayed in the face of industry opposition and may not be implemented.

Campaign spokesperson Declan Bourke says: “With much concern around teenagers’ exposure to hard drugs, we often turn a blind eye to the threat posed by the drug that is alcohol.

"As well as being a stepping stone to other drugs, alcohol consumption during teenage years has been shown to cause lifelong brain damage, and has been linked to a number of developmental issues.

“Legislation passed last year to tackle Ireland’s harmful relationship with alcohol was very welcome, not least the banning of cheap alcohol. This was the subject of years of debate and tactical delays.

"Now, ten months on, nothing has been implemented and concerns are growing that the commitments made by An Taoiseach Leo Varadkar will not be kept.

"This would be a gross betrayal by Government of our young people.”

The campaign website, www.blindeye.ie, is encouraging people to contact their local public representative and push for implementation of the provision.