REVIEW: Opposites really do attract in love as The Moat Club presents 'The Good Father' 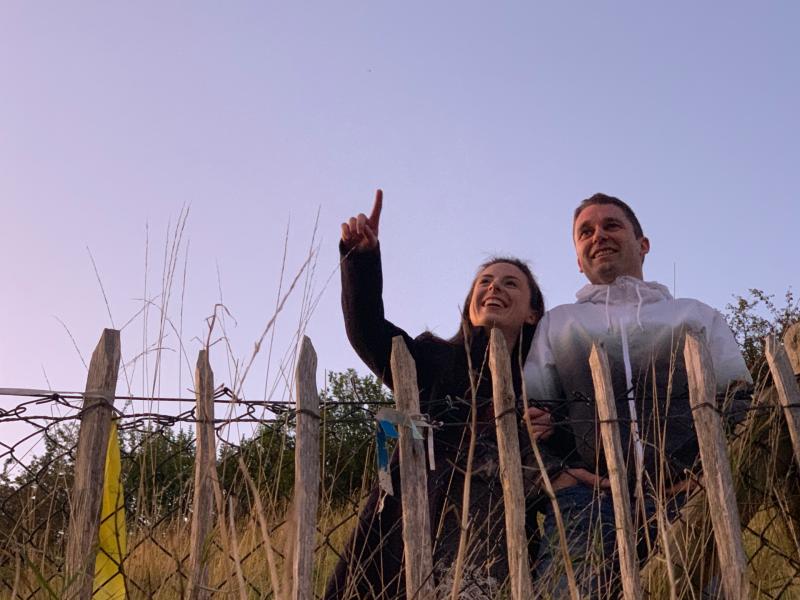 As the Moat Club’s production of ‘The Good Father’ entered its second night at the Moat Theatre in Naas on Wednesday 9 October, the audience’s excitement was palpable as they settled in to watch acclaimed playwright Christian O'Reilly’s work brought to life.

‘The Good Father’ is a heart-felt love story exploring class differences when opposites quite literally attract, and what happens in a relationship when an unexpected event takes place at the very start.

Jane is a witty and sarcastic uptown girl who meets the charming and down-to-earth painter/decorator Tim at a New Year’s Party, and as the ball drops at midnight the duo embark on a brief and passionate encounter which leads to New Year’s resolutions they could never have anticipated.

Can the amorous duo rise to the challenges facing them in their budding relationship or will they crumble under the pressure?

In ‘The Good Father,’ The Stewart Parker Trust Award winning play by Christian O’Reilly, consequences come calling in a tale as old as time, with well-paced and engaging twists as two thirty somethings fall into responsibility on their journey to hopefully falling in love.

Tim is played by Brian Lyons, one of the two actors who starred in What’s Left of the Flag, the play that was won the 2018 All-Ireland One-Act finals for the Moat Club. Newbridge native and new member of the Moat Club Clodagh Cummins plays Jane, and last year she was part of a Larks production of Seussical.

The director is Mary Newman, whose production of Steel Magnolias had an extended run in 2018 and received excellent reviews.

Under the keen direction of Mary Newman, ‘The Good Father’ is brought to life with powerful performances given by Lyons and Cummins, who immediately appeal to the audience with their easy charm and excellent on-stage chemistry playing Tim and Jane, with many laugh-out-loud moments even in its most serious scenes.

As Tim and Jane get to know one another, their polar opposite personalities shine through as they experience the ups and downs of a budding relationship, ultimately finding that sometimes love can grow out of the most unexpected of circumstances.

Both Lyons and Cummins showcase an impressively high standard of control and precision in their acting in terms of channeling the raw emotions experienced by their characters in their scenes, from hilarious banter at the party to sobering  discussions about their future together.

With an atmospheric lighting plot designed by Conor O’Connell, and a pared back set designed by Doreen Ryan, The Good Father is a visual delight for the audience with excellent use of props to create an appealingly realistic setting.

The play also benefits from a contemporary soundtrack throughout that compliments its scenes to create a feel-good story as the audience roots for Tim and Jane to make their relationship work despite their vastly different backgrounds and opinions.

‘The Good Father’ is a delightful treat for all the romantics out there, with plenty of laughs along the way from a superb cast to give a very enjoyable night-out at the theatre.

'The Good Father' runs from Tuesday, October 8 to Saturday, 12 in the Moat Theatre, Naas at 8pm nightly. The special offer of four tickets and a bottle of wine for €60 will make for a perfect night out with friends.

Individual tickets are €15 (€12 concessions) and are available from 045 883 030 and on www.moattheatre.com. Please note this play has adult themes and strong language throughout.