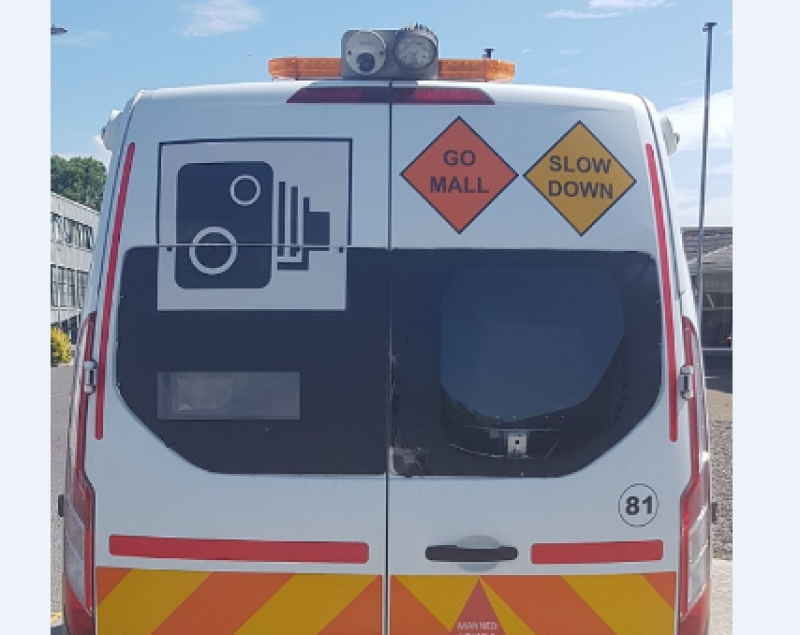 suggest that the new speed limit on the completed M7 may not revert to 120 km per hour immediately.

Since last November, a special 60km per hour speed has been enforced to protect workers and road users.

This limit is enforced by Gardai and GoSafe speed vans permanently positioned on the route.

Thousands of speeding fines have been issued and the large number of prosecutions are placing pressure on Naas District Court.

The Council has now told Mr O Fearghaíl that once the three lanes are opened in both directions between Johnstown and the M9 merge, "the existing temporary speed limit [60km per hour] will be reviewed in conjunction with An Garda Síochána, Transport Infrastructure Ireland and the contractor SIAC Colas JV."

A spokesperson added: "The general public will be kept informed in advance of any changes in relation to the number of trafficked lanes available and the applicable speed limit."

Kildare South TD Mr O Fearghaíl said he has been contacted by M7 commuters  for updates on the finish date for the works.

"The M7 widening is part of a larger scheme, which includes the R407 Sallins By-Pass and a new interchange at Osberstown (Junction 9A).The scheme is funded by Transport Infrastructure Ireland, the Department of Transport Tourism and Sport and Kildare County Council.

"The entire scheme was originally planned for completion in Q1 of 2020; however it is anticipated that works will be complete in advance of this date and possibly by the end of 2019.

"The M7 widening includes for the provision of a third lane over a 13.6km section of the M7, from Junction 8 (Johnstown) to Junction 11 (M7/M9) and also the upgrade and relocation of Junction 10 (Naas South).

"While the contractor, SIAC Colas JV, was hopeful that the M7 widening element of the scheme would be delivered by the end of April, this was not achieved.

"At this time, SIAC Colas JV has informed Kildare County Council that they are confident they will achieve substantial completion of the M7 widening element of the scheme by the end of July 2019.

"The contractor has also indicated that they expect to have the three lanes available between Junction 8 (Johnstown) and Junction 10 (Naas South) in advance of this date.

"At this time, it would be purely speculative to announce a specific date for completion of this part of the M7 widening. Should the three lanes become available for use on parts of the widening scheme; the existing temporary speed limit will be reviewed in conjunction with An Garda Síochána, T.I.I .and the contractor SIAC Colas JV.

"The general public will be kept informed in advance of any changes in relation to the number of trafficked lanes available and the applicable speed limit."