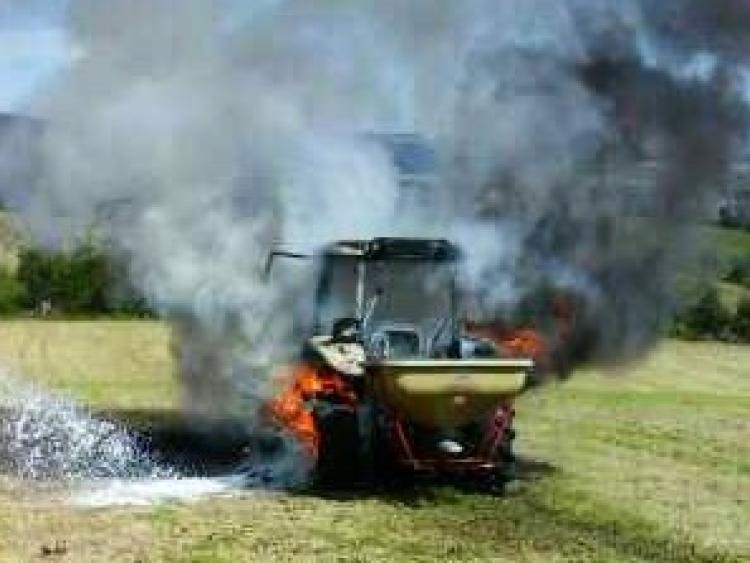 As temperatures rise, engines and parts of vehicles can overheat like this tractor which needed fire services yesterday.

The incident happened in Rathdrum at about 12 noon when the agricultural vehicle burst into flames.

The tractor was spreading fertilizer in a field at the time.

Fire can be seen engulfing both the back wheels.

Elsewhere, stone crusher in a quarry also overheated and went on fire. 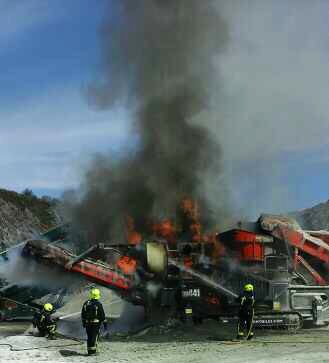 With dry, warm conditions for this week, the Department of Agriculture  issued a warning about the risk of forest fires.It has issued an Orange alert - the third highest of four warning levels - which will remain in place until the end of the week.

Coillte urged the public to be vigilant and said the highest risk of forest fires is at this time of year, when last year's vegetation has not fully decomposed and become dried out.

Experts said most forest fires do not start naturally and everybody has an important role to play in preventing them.

Simple acts such as lighting a campfire or having a barbeque can have potentially catastrophic effects.

A staggering 600 hectares of forest were damaged by fire last summer.

There is also a reminder that it is illegal to burn vegetation on uncultivated land between March and the end of August with specific rules about how landowners may have a burn.