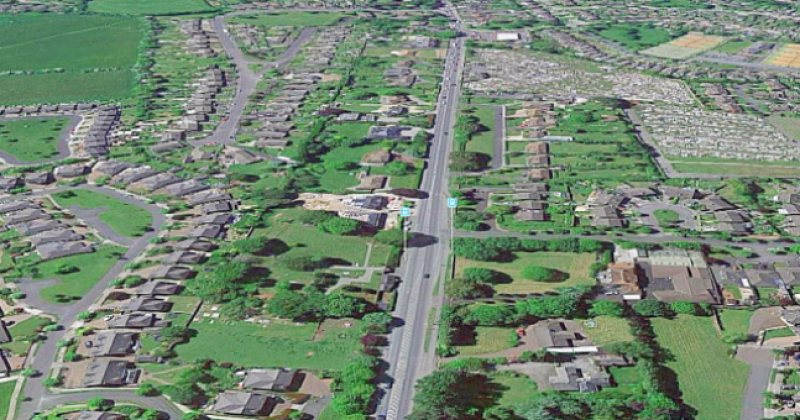 A vote by Naas politicians due to take place this month on a controversial road allocated €4.6 million in funding from the Department of Housing is now being delayed with no set date yet given for voting according to a local representative.

Currently the majority of sitting Naas councillors are voicing opposition to the Inner Relief Road but voting has now been deferred until after the local elections, on this May 24. Residents in the proposed Route 2 area are extremely concerned. The Naas Inner Relief Road that was first proposed in the early 1990's is now the centre of public concern in areas being designated as part of the routes to be voted on.

According to Cllr Séamie Moore, this inner relief road when first proposed in the nineties never posed an issue for residents. Referring to the huge growth in the population of Naas since the nineties and now, Cllr Moore said “A lot of things have changed, I am opposing it as it is out of date.”

Angela and Philip Cawley are just two of many concerned residents.

Here are some of the arguments put forward by the Cawleys, who have been residing at Kings Court, for approximately 16 years.

The statement added: "Even worse are the proposals to have an approximately seven foot high wall at the front of our estate, which will rise to approximately 11 foot where our estate of Kings Court intersects with The Gallops estate.”

Kildare Co Council has expressed its strong support for the proposed Naas Inner Relief Road saying it will bring "important and necessary improvements to the town and the local community."

Route 2 runs close to hundreds of homes as it cuts from the Dublin Road to the Blessington Road along the edge of the grounds of Naas Racecourse. Population areas to be affected by the route include Mountain View, Sunday's Well, The Paddocks, Elmwood, Woodlands, Kingsfurze, Kings Court, The Gallops and Racecourse Gate, as well as areas of Monread and Tipper Road.

Meanwhile Naas Cllr Fintan Brett says it is 'absolutely vital’ that the Naas Inner Relief Road goes ahead despite huge opposition locally. He said “There is opposition in certain places in Naas, I am still very much for it. It would be the craziest thing that ever happened if it did not go through. This relief road would take all the traffic off the Dublin road.”

Cllr Brett says that the construction of approximately 500 houses will not go ahead if the plans are halted. He anticipates that voting for this road will take place in either June or July.