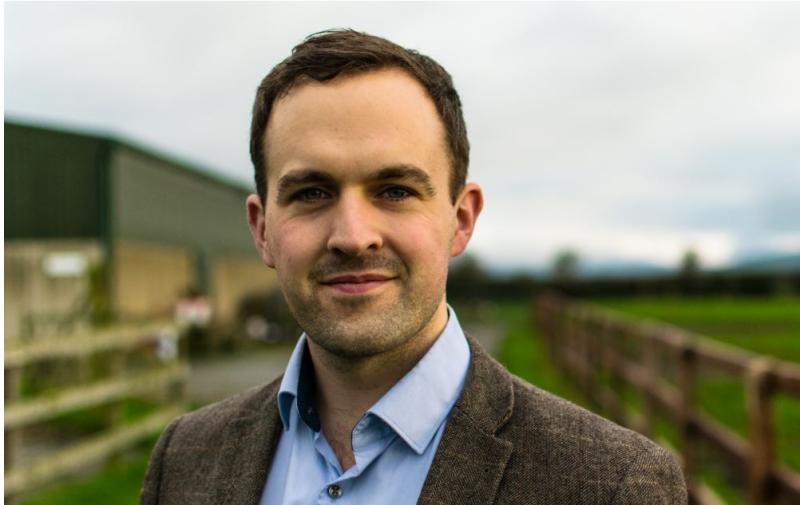 Although, at 31 years of age, Rob Power is the youngest candidate on the ballot in the
Newbridge district he is also one of the more experienced.

Having first been elected to Kildare County Council just five years ago, he has since served as a Municipal District Mayor, Deputy Mayor of Kildare and is currently the leader of the Fianna Fail Councillors Group on Kildare
County Council.

Growing up in Caragh, politics was always a feature of life. His father Sean served as TD and
Minister of State while his grandfather Paddy was also a TD and served as Minister for Defence
in the 1980’s.

“I remember in 2009 there was an event to mark my father Sean and grandfather Paddy having
served a combined 40 years as TDs for Kildare. They both spoke so openly about the honour it
was to have served. I particularly remember Paddy saying, that of all the time he spent in public
service, the time he remembers most fondly was his time on Kildare County Council. As he put
it – that’s where you could really help people.”

“I suppose that struck a chord with me. The fact that the county council is the closest level of
government to the people and the one where very often people turn first for help.”

The Caragh native is married to Laura with two children and works with an international tech
company in Dublin.

“In the past few years I’ve seen the increases in traffic, the problems for workers accessing
suitable childcare and the larger problems of trying to keep up with rents or access home
ownership. People my age are struggling far more than they should for things that used to be
taken for granted. This is the first generation that will struggle more than their parents to
access housing.”

Rob suggests that although the council don’t have statutory responsibility for some of these
bigger issues, all of these things are still within the council’s sphere of influence.

“For example, if we can create the environment to attract jobs to Kildare and allow people work
closer to home, we’ll improve the local economy but will also help in some small way to reduce
commuter traffic and allow parents access appropriate childcare solutions closer to home.”

“I’ve previously called for the development of a Digital Hub in Naas to support the growing tech
industry outside of Dublin. We now have a €3.5m project on the grounds of the council office
which will support 120 jobs when complete and become a magnet for Foreign Direct
Investment in this industry. It will also operate as a remote work hub, allowing workers office
facilities without travelling into Dublin city. It is my goal to see a similar series of Innovation
Clusters rolled out around the county with different industries supported in different locations.
With Bord na Mona in the town centre, Newbridge is well placed to lean on this industry
expertise and support start-up businesses focusing on the next generation of energy production while Kildare Town is ideally located for a development focusing on equine enterprises. Such a
project offers huge potential for jobs in County Kildare.”

“We also need to support those small local businesses already choosing to call Kildare home. In
Kildare 55% of our rates are paid by the top 2% of companies. A rates reduction actually
benefits this 2% far more than the small retailer and reduces the funding available to other
community projects. The answer has to be a targeted rates relief and reimbursement project. A
targeted program would support local business owners without depleting a major funding
source for the county.”

“On the environmental side, the council has a statutory obligation to protect the environment
but it’s clear now that the need to make positive changes are happening far quicker than we
can legislate for. It’s time to be far more proactive than reactive. We need to be incentivising
local groups and rewarding them for taking on impactful projects such as pollinator programs,
bee-keeping, anti-litter and carbon off-setting initiatives.”
“Providing better cycling and pedestrian facilities is directly within the council’s responsibility
and an area that needs serious attention throughout our district. By building safe, designated
paths we can help encourage some students and shoppers to leave the car at home, freeing up
traffic and reducing our carbon footprint.”

“We’re facing a huge number of broad challenges, but rather than pass the buck, the next
council needs to tackle them in whatever small way we can.”