Students were engaged on issue 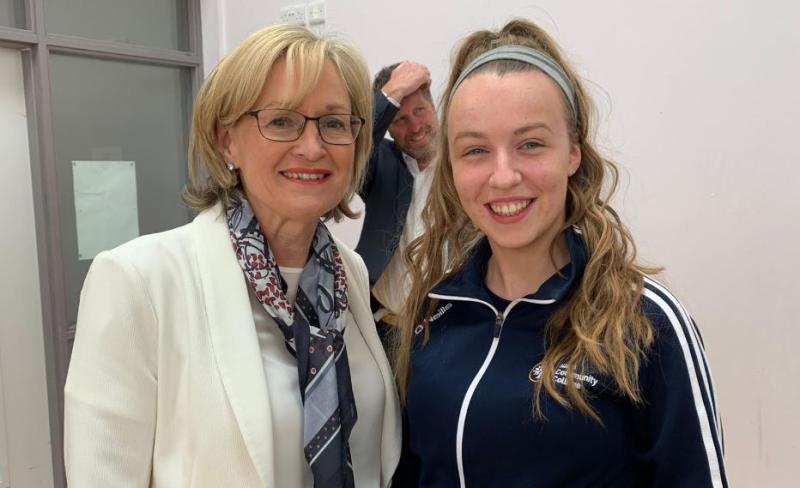 The MEP was invited to the school by student Zana Zee Keough whom she met at a Politics Needs Women event in December 2018.

"I want to thank Zana for inviting me to come and for the school for facilitating my visit.

“This kind of interest from young people in politics is very encouraging because once you understand how politics works you have taken the first step towards owning your own future, whatever role you may decide to play into the future,” she said.

McGuinness thanked Principal Ciarán Keegan and all the staff in Naas Community College.

The school is relatively new having welcomed its first cohort of first year students in August 2015.

The MEP said she is delighted that the school is looking at taking part in the European Parliament Ambassador Schools Programme.

The MEP was joined on Thursday’s visit by Senator Anthony Lawlor.