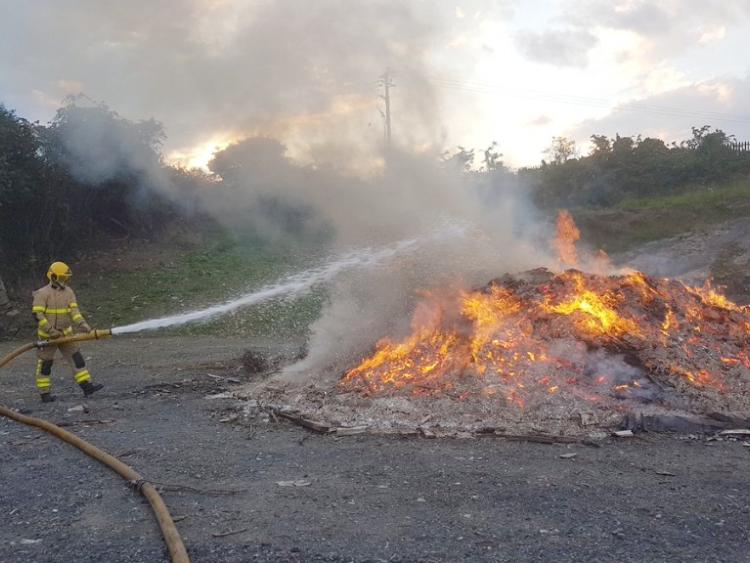 This was the scene as firefighters battled a blaze off the Naas Road yesterday evening.

The incident was located off the dual carriageway near the Red Cow area.

Visibility was poor in the area for a time due to thick smoke.

Firefighters used foam rather than water to smother the fire.

Dublin Fire Brigade said that waste fire may be common where domestic rubbish has been dumped illegally.

All illegal fly-tipping should be reported to the local council.