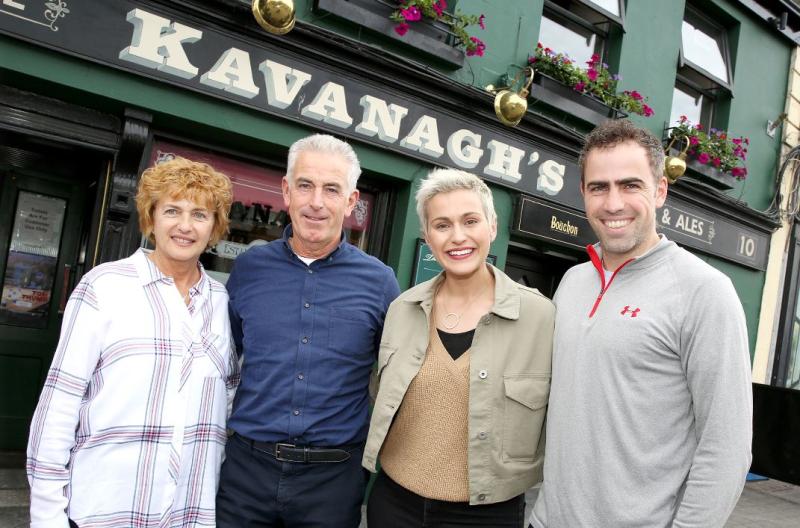 Former Rose of Tralee Maria Walsh is in the running for the fourth seat in the European Elections thanks to a late surge of support from Co Kildare voters.

The Fine Gael candidate has a 10% share of first preference votes in the Midlands North West, according to a RedC exit poll for RTÉ and TG4.

The Mayo native will also benefit from transfers because of her high profile and she is also likely to appeal to female voters aas well as young sections of the electorate.

In a surprise move, Walsh moved her campaigning to Co Kildare on Tuesday after Fine Gael party strategists calculated that Mairéad McGuinness's vote was big enough to allow her running mate to soak up support in one of her stronghold areas.

Up to then, the sprawling Midlands North West constituency had been carved up between the two candidates so they weren't competing for the same voting bloc.

Walsh visited Newbridge on Tuesday with Cabinet Minister Michael Ring and later travelled to Naas and Maynooth where she met local business people.

Walsh also used her visit to Kildare to call for an increase the EU funding for the Erasmus program for third level students - a deliberate attempt to woo student voters.

Sinn Féin’s Matt Carthy is likely to return to Brussels with 15% first preferences.

First time candidate Saoirse McHugh of the Greens put in a strong showing at 12%.

Controversial Independent Peter Casey is on 7% and could also feature too among the seats depending on the strength transfers.