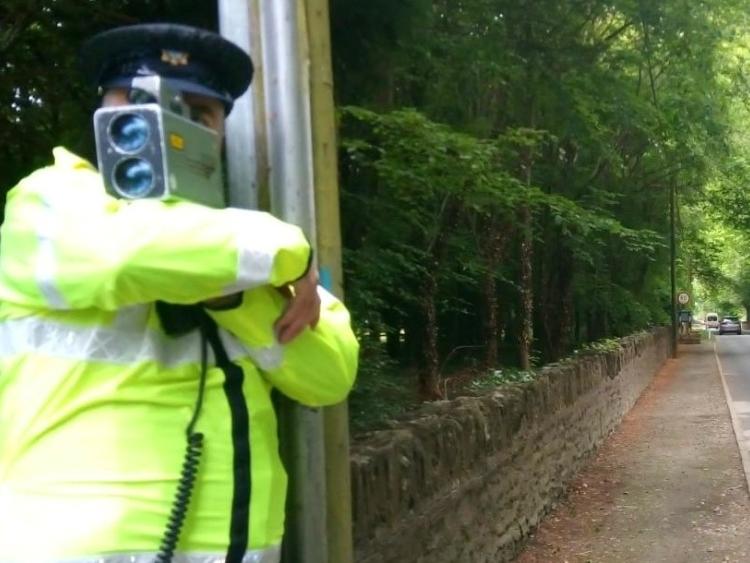 ABOVE: A Garda using a Handheld Laser Gun in Brannockstown as part of National Slow Down Day.

On National Slow Down Day, the Naas Roads Policing Unit conducted Checkpoints throughout the county resulting in numerous detections for driving at excessive speeds.

Another motorist who was detected travelling at 145km/h on the M4 had his vehicle impounded as it had no Insurance.

In Clane a Heavy Goods Vehicle was detected travelling at 73km/h in a 50km/h build up area zone.

In Johnstownbridge, a car which was in a very un-roadworthy condition was impounded.

This car had No Insurance, no Tax and no NCT.

In Brannockstown Village, Gardai detected one motorist in excess of speed limit - 78km/h in a 50km/h zone.

A Fixed Charge Penalty of €80 was issued along with 3 Penalty Points.

File photograph of a council meeting being held at Aras Chill Dara, Naas