“This is exciting news and a massive milestone for Naas.” 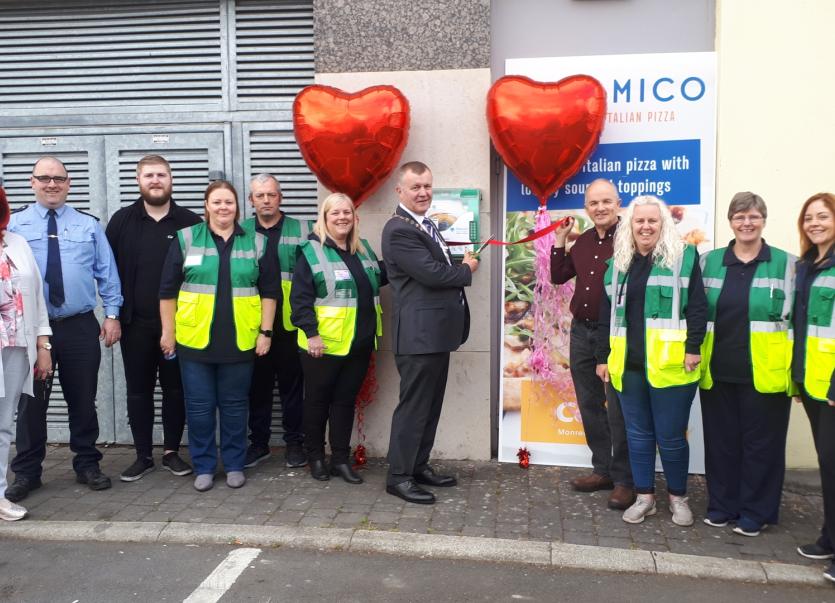 This evening a 'massive milestone' for Naas got underway with access to the first public defibrillators in the town.

The official launch of the public access life saving facilities took place outside Salmons Centra on the Monread Road, this evening. A defibrillator is now also fitted at The Maxol at the crossings Dublin Road Naas.

Voluntary group, Naas Community First Responders (CFR), fundraised and applied for grants, that are now providing the vital new facilities, costing up to €7,000. Other areas that will have the defibrillators soon are outside the TownHouse Hotel and outside Naas Garda Station.

Naas woman, Becky Cox, among many other volunteers, dedicates her life to volunteering for Naas Community First Responders, a group to which she is one of the founding members.

Welcoming the new defibrillators she said: “This is exciting news and a massive milestone for Naas.”

The 35-year-old woman joined the group in 2017, following the loss of family members and a friend within a short space of time. She became inspired by the need for a group like Naas CFR.

She said: “I saw the level of stress that medical professionals are under, and a group like the Naas Community First Responders are a great support to paramedics and family. I know how lonely it is when someone is sick, it can be very isolating.”

Employed at a bank in Dublin, she juggles her time, working with Naas CFR most evenings.

The group's work focuses on training and on call activities, with training in emergency care matching international standards.

Naas CFR works alongside the National Ambulance Service responding to calls of cardiac arrest, heart attack, difficulty breathing and stroke. The group provides emergency care while waiting on the ambulance to arrive. Last month the group responded to 23 calls with the busiest days Sunday and Tuesday, followed closely by Monday and Friday.

Ms Cox said: “If a patient gets someone to give chest compressions, this can dramatically increase the chances of survival.We are from all different walks of life, we all have a passion for this.”

The group, since it first established in 2017, now has eight defibrillators in total.

Naas CFR uses defibrillators that have been donated by community members.

Ms Cox said: “Four are used by the group and are in our kitbags and go to calls with us.Our kitbags cost €1.5k each. We had one defibrillator donated by Joe and Lolo Higgins and two donated by Tina and Bob O'Kelly for our kitbags.We purchased another four in April and they are the ones we are putting up around the town.”

The group carry out their training at K-Leisure in Naas every week. Also the group offers free demonstrations and talks to companies and schools.

Ms Cox said: “We teach people CPR, how to use an Automated External Defibrillator, how to deal with choking and putting someone in the recovery position.”