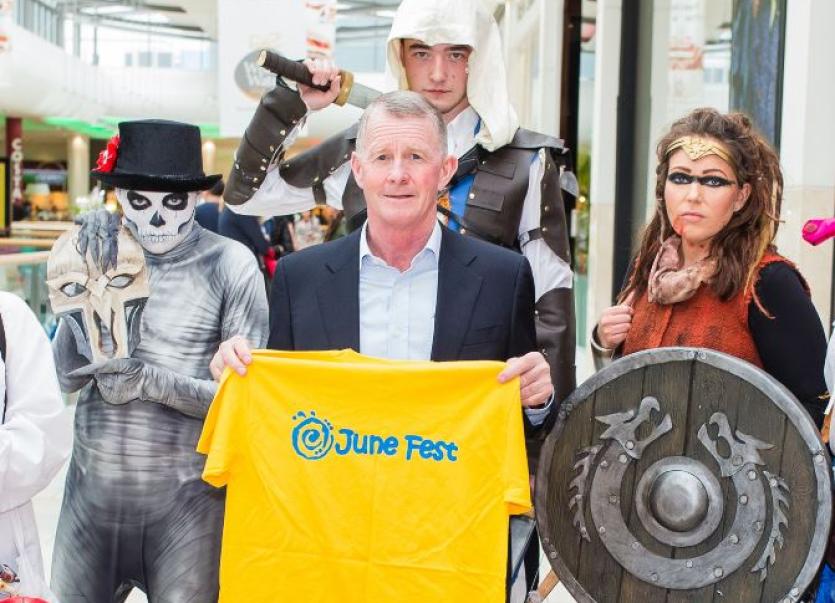 The arts & entertainment festival – June Fest - which runs for almost four weeks between Saturday 1st and Sunday 23rd June – will celebrate its eighth year with its largest programme ever.

This is an all ticket event and is expected to sell out quickly.

The organisers have also announced a new take on the Family Fun Day on Bank Holiday Monday 3 rd June with the addition of the Celtic Con comic convention with Marvel Artists, Retro Gaming, Cosplay with special guest artist Don Conroy.

Musician Christy Moore will make a special appearance in Kilcullen to honour local man Frank Conroy who was killed in the Spanish Civil War.

June Fest Chairman Colm Somers added “as organisers, our challenge has been to make the festival even better every year – and I am confident that June Fest 2019 will be the best yet. It’s also a living, changing entity, reflecting the fact that Newbridge itself is changing – more diverse, a town that attracts large numbers of visitors from far and wide, with a growing reputation for shopping, family entertainment and an energy that only a town the size of Newbridge can generate.“

As the festival expands, so does the area that it covers. This year June Fest will be spreading the festival fun to the wider Kildare country community with events in Kilcullen, Suncroft, The Curragh and Kildare Town.

As a family business, we’ve been at the heart of the community for many years and it’s our pleasure to support a festival that each year gets bigger and better. We wish every festival-goer a happy June Fest and hope that you enjoy the life and spirit of all that is good in Newbridge”

For the first time this year, the entire programme is online which will allow up to date ticketing information and late additions to be accommodated.