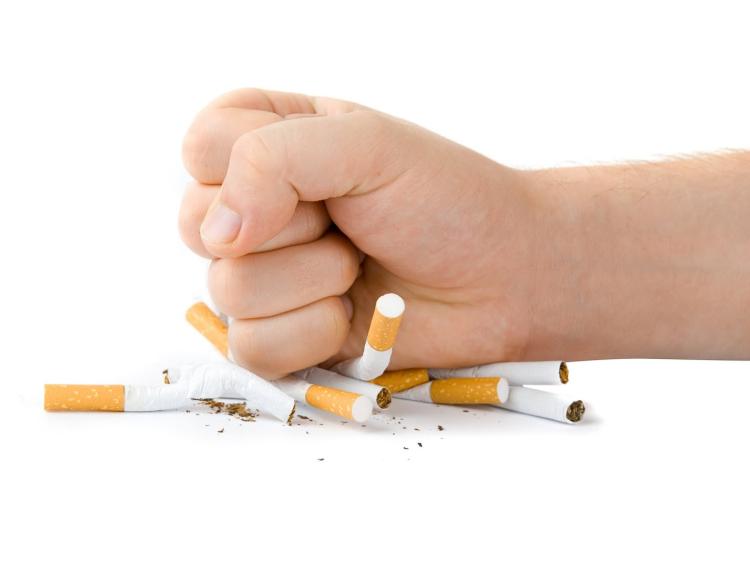 Many people are trying to quit smoking at this time of year.

Tomorrow marks No Tobacco Day, with figures revealing that tobacco is the biggest preventable killer in Ireland, with almost 6,000 people dying from diseases caused by smoking each year.

The Government must ramp up efforts to help smokers quit, says two of Ireland’s biggest health charities, the Irish Cancer Society and the Irish Heart Foundation.

Averil Power, Chief Executive of the Irish Cancer Society said: “There are currently 770,000 people smoking in Ireland and most of them want to quit. In fact, four in 10 smokers have made an attempt to quit in the last 12 months. The Government must do more to help them and follow-through on its commitment in ‘Tobacco Free Ireland’ that only 5% of the population will smoke by 2025. The Department of Health published a detailed action plan on how to reach this target, but now it needs to be resourced and fully implemented to retain Ireland’s position as a global leader in tobacco control."

Ms Power said: “Ireland has made some great strides in the battle against tobacco. The introduction of positive public health measures such as the workplace smoking ban, plain packaging and point of sale restrictions have contributed to falling numbers of smokers here. In the last three years alone, the number of Irish smokers has decreased by 80,000 people. We know quitting smoking can be difficult. It's also a different experience for every smoker: some people succeed on the first try, others try many times before they quit for good. We want to ensure that the supports are available to everyone when the time is right for them.”

Dr Patrick Doorley, Chairperson of ASH Ireland, Council of the Irish Heart Foundation, said:“The Government needs to invest much more in the strategies we know will make a difference in supporting people to quit smoking. The cost of smoking in Ireland is 140 times higher than the spending on quit services. In 2017, just over €11.8 million was spent on smoking cessation measures compared to the estimated annual cost of smoking to the State totalling €1,653 million. And although the vast majority of Irish smokers want to quit, the amount spent on cessation services is less than 1% of the almost €1,400 million they handed over in tobacco tax during the course of 2017. Greater resources need to be invested in smoking cessation services if we are to meet the Government’s own targets.”

For information and support on how to quit smoking, call the HSE Quit Team on Freefone 1800 201 203.