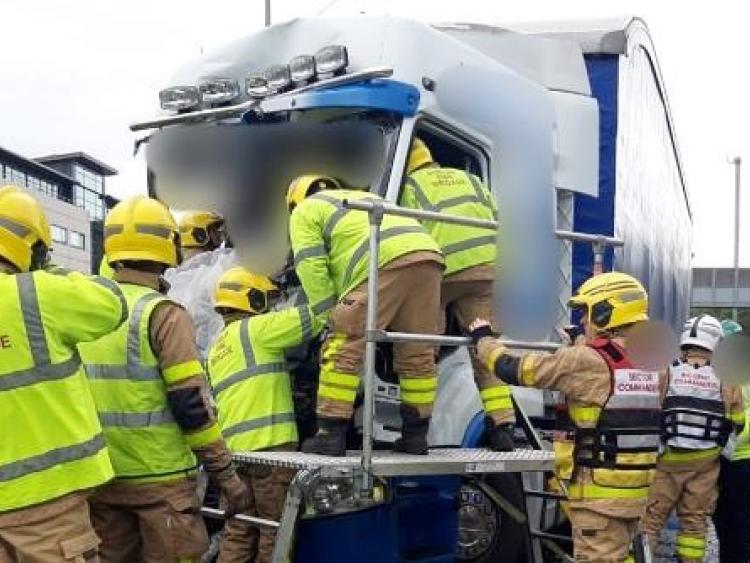 This was the scene of a collision between a lorry and a bus on the N7 southbound which resulted in long delays for commuters yesterday evening. 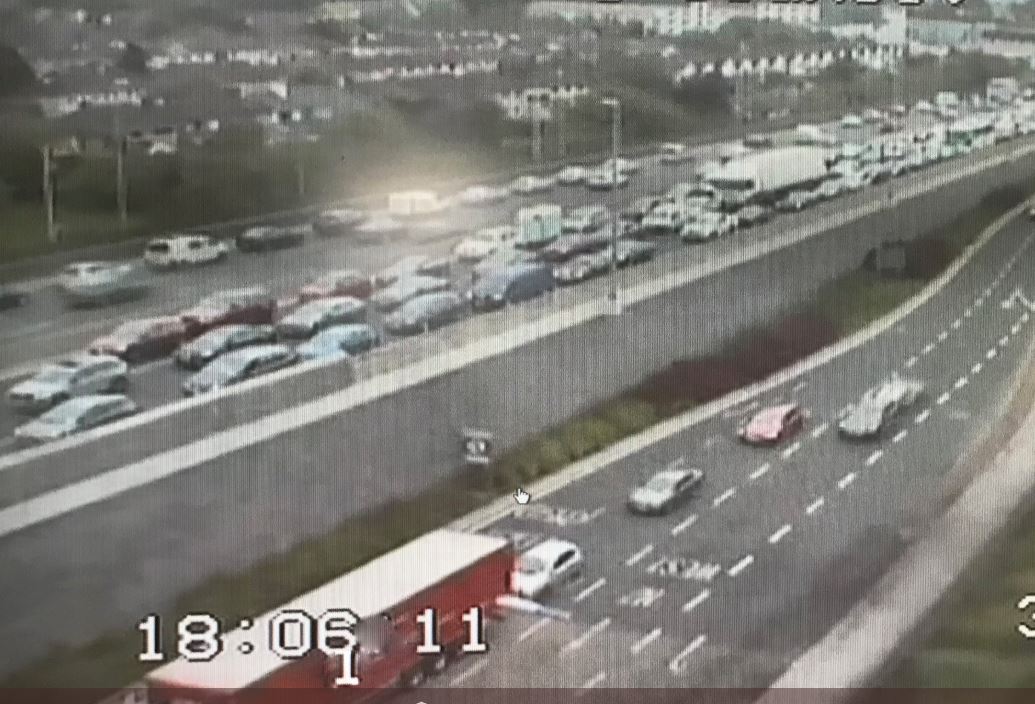 Firefighter and Paramedics from Tallaght and Dolphins Barn Dublin Fire Brigade (DFB) Stations responded to the incident as well as Gardai. 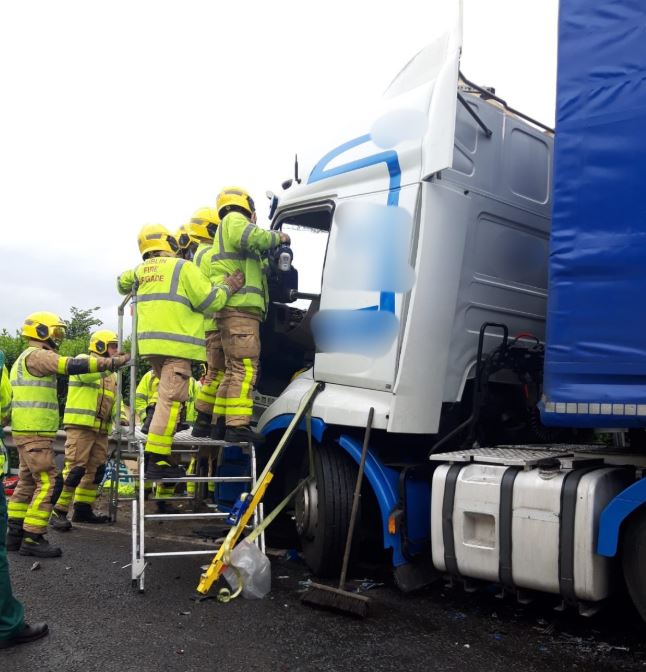 DFB Crews worked diligently with other response agencies to extricate the driver of the truck who was trapped. 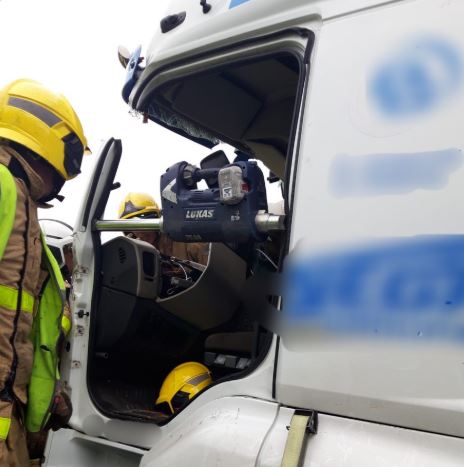 He is thought to have non-life threatening injuries. 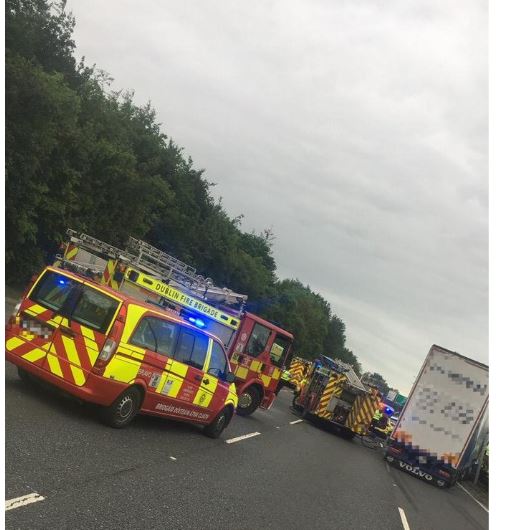 Passengers in the other vehicle involved, a coach, suffered some minor injuries.

The road was closed for some time to let crews work safely on the road.

There were long traffic delays in the area and motorists were advised to divert to other routes.