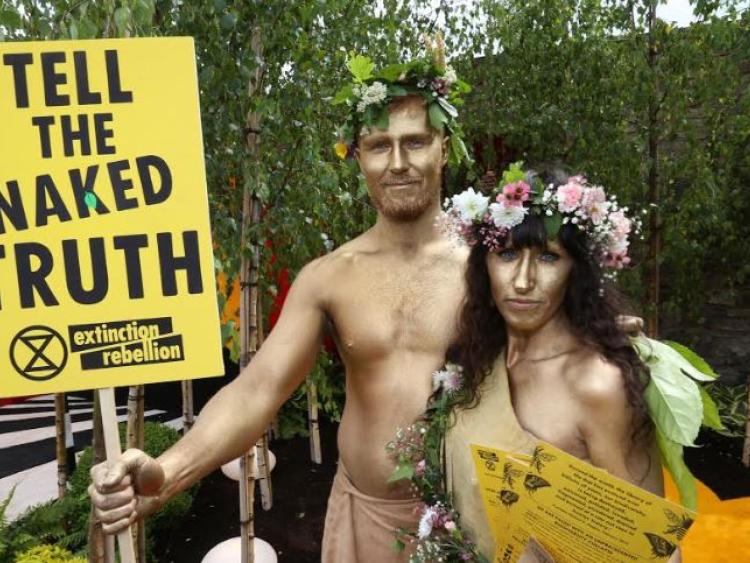 Athgarvan native Cormac Nugent is an activist who managed to take his campaign to President Michael D Higgins and RTE personality Marty Whelan in recent days. 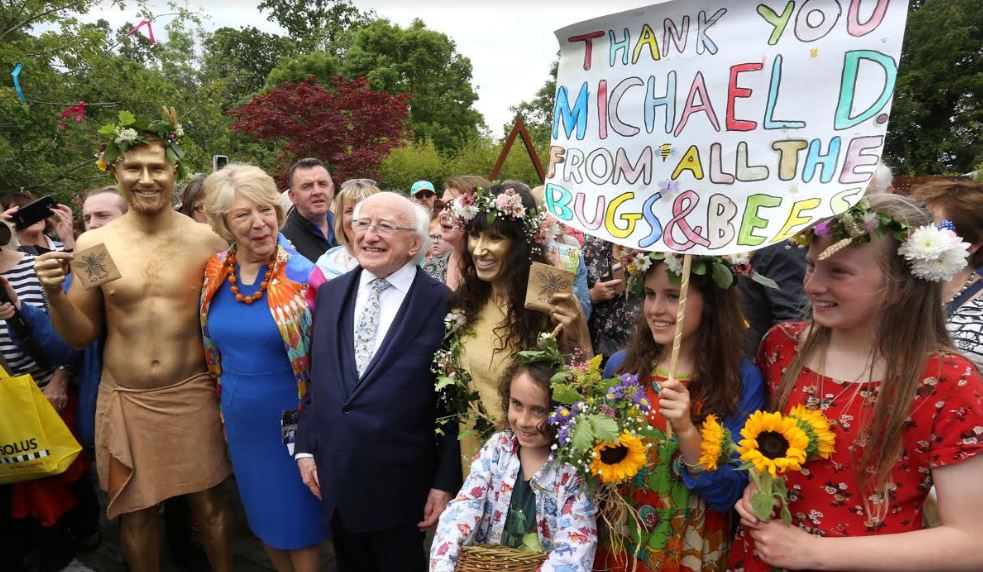 In April he travelled to London for three days to the large scale protests that took place to help bring about action on climate and biodiversity.

Cormac, along with Susan Breen a fellow member of Extinction Rebellion, attended the Bloom Festival as ‘Adam and Eve in the Garden of Eden’ to raise awareness of their campaign.

The Kildare man was featured three times on RTE and has also appeared in several national newspapers.

Conor added: "We got the chance to meet and greet the President Michael D Higgins who is a massive supporter and promoter of action on climate change."

According to a report on biodiversity published this month by the United Nations, at least one million species are facing extinction due to human activity.

This includes a third of wild bees in Ireland, as well as our most fragile, rare native plants and flowers.

Furthermore, over 60% of the population of Ireland live within 10km of the coast, and many will become displaced due to coastal erosion and flooding caused by rising sea levels.

Scientists have claimed that unless we make the necessary changes to society within the next 12 years, a mass extinction, biodiversity collapse and climate disaster will be irreversible.

The scene of the incident

Can you give our dog of the week a home?

A busy year already at the KWWSPCA animal shelter