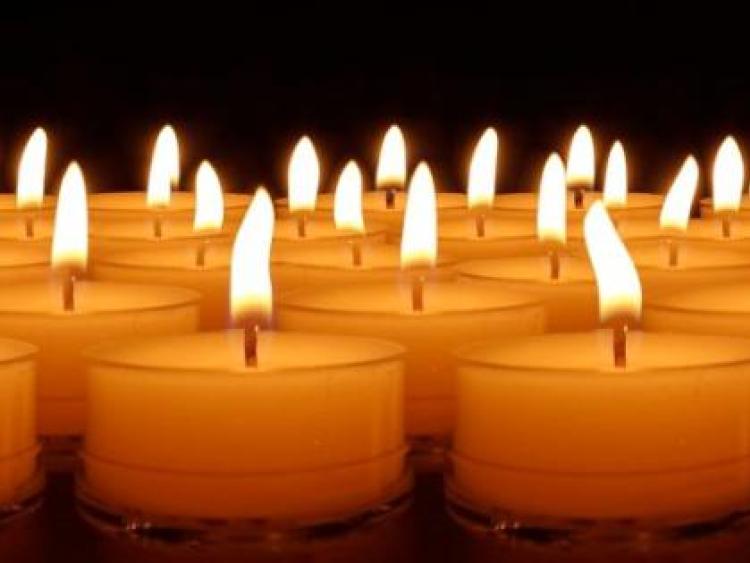 The death has occurred of Nuala McDonnell, Carratigue, Ballina, Co.Mayo and Kingsgrove, Athy, Co. Kildare. Predeceased by her husband James and daughter Belinda and her sisters and brothers. She will be sadly missed by her loving daughters Martina and Nuala, sons-in-law Alan, Eamonn and Tim, grandchildren Damian and partner Robyn, Rachael and her husband James, Ronan, Saoirse and Marina, great-grandchildren Adam, Lauryn and Aaron, nieces and nephews.

MAY SHE REST IN PEACE

John will be reposing at home with his family on Wednesday from 6pm to 8pm. House strictly private at all other times. Removal on Thursday morning at 9:30am to arrive at St. Mary's Church, Maynooth for 10am Funeral Mass, followed by cremation in Glasnevin Crematorium. Family flowers only please, donations, if desired, to Cystic Fibrosis Ireland. For all enquiries, please contact Oliver Reilly Ltd. Funeral Directors on (045) 868230.

The death has occurred of Tom Noone
Railpark, Maynooth, Kildare / Shrule, Mayo

Reposing at TLC Nursing Home, Maynooth on Wednesday from 5pm until 8pm with prayers at 7pm. Removal on Thursday morning at 10:30am to arrive at Ladychapel Church, Maynooth for 11am Funeral Mass, followed by burial in St. Joseph's Cemetery, Kilcock. Family flowers only please, donations, if desired, to The Alzheimer Society of Ireland. For all enquiries, please contact Oliver Reilly Ltd. Funeral Directors on (045) 868230.

Reposing at the George Mullins Funeral Home, Kilcullen Road, Naas on Wednesday with family in attendance from 5pm with prayers at 7pm. Funeral Mass on Thursday morning at 11am in St. Patrick’s Church, Celbridge followed by Burial in Glasnevin Cemetery.

Reposing at his home on Thursday, 6th June, from 2pm with Rosary there at 8pm. Removal on Friday morning at 11.30am to arrive at St. Brigid's Parish Church, Kildare for Funeral Mass at 12 noon. Burial afterwards in St. Conleth's Cemetery, Kildare.