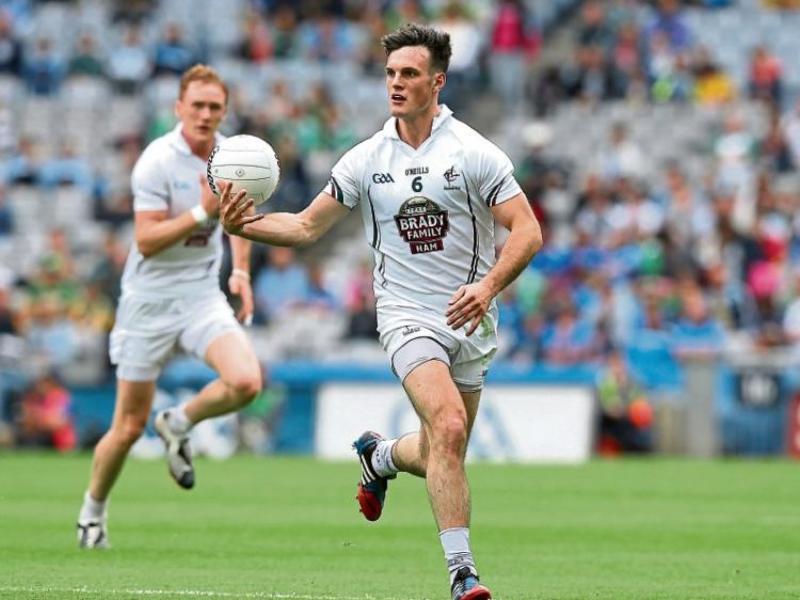 Captain Eoin Doyle and the Lilywhites face an onerous task today, against the might of the Dubs seeking their fifth in a row All-Ireland title this year

It’s arguably the biggest challenge for any county team to face the Dublin senior football team in Croke Park, the Dubs’ home base with the sheer blue vocal and visual sight of Hill 16 intimidating in itself! That’s exactly what awaits Kildare this afternoon at GAA HQ.

No matter what way you look at it, it was a daunting prospect for Cian O’Neill and his selectors as they tried to come up with a plan to thwart the five in a row chasing All-Ireland Champions.

Make no bones about it, the Dubs have one thing and one thing only on their mind this year and that is picking up Sam Maguire on the first Sunday in September. How they do in the build up to that is largely irrelevant which was shown during a mediocre League campaign by their own very high standards.

Dublin got to this stage by defeating Louth on a 5-21 to 0-10 scoreline and in truth, they never really had to get out of first gear let alone second or third.

That will be the worry for Kildare in that in a matter of mere minutes a big score could be put on them but one mini positive for Kildare is the news that Paul Mannion will be missing after he got a straight red card in that game.

The likes of Johnny Cooper, Dean Rock and Eoin Murchin are also likely to miss out with injury but the huge reserves they have at their disposal mean it will hardly dent them too much.

The likes of Niall Scully, Cormac Costello and Brian Howard have stepped up to the required level over the last few years so injuries or suspensions don’t overly affect them. Paul Mannion’s red card against Louth has been revoked and he too is available for this afternoon’s Leinster SFC semi-final.

Like Dublin, Kildare have had their own injury problems with both Paul Cribbin and Kevin Flynn missing out whilst Jimmy Hyland is still off with a hip injury sustained early in the Longford replay.

From a Kildare point of view, it’s hard to go into the game with too much confidence after Kildare stumbled over the line in Round 1 against Wicklow before drawing in a high scoring affair against Paraic Davis’s Longford.

Things improved immeasurably for the replay though as Kildare eased to an eleven point victory and that success is sure to give them a needed jolt of belief and self-esteem.

Mick O’Grady returned to a defence that has been struggling and had an immediate impact as not one Longford forward scored from play throughout.

Tommy Moolick and Fergal Conway had huge games around the middle but Kevin Feely will need to repeat his performance on Brian Fenton in the 2017 Leinster Final if they are to have a chance.

The forward line has been going along well with the likes of Adam Tyrrell, Ben McCormack and David Slattery impressing and while they could be a bit more ruthless in front of goal, there have been positive signs.

Kildare are aiming to achieve their first Championship victory over Dublin since the 2000 Leinster Final and they have been beaten on a number of occasions since including three provincial finals.

The last of those was two years ago when Kildare were defeated by nine points but it was a very different side in white that day with Daniel Flynn in peak form and the overall graph of the team at a higher rate.

Daniel Flynn is not around this time and they will go into Sunday as 14 point Underdogs and while Kildare will hope to get closer than that, anything but a comprehensive victory for Dublin will come as a major surprise.

It’s Laois v Meath at 2pm, followed by Dublin v Kildare at 4pm. A daunting task yes, but let’s hope Cian O’Neill’s side up the ante and display the talent that has promised – but failed to show consistently in the past.