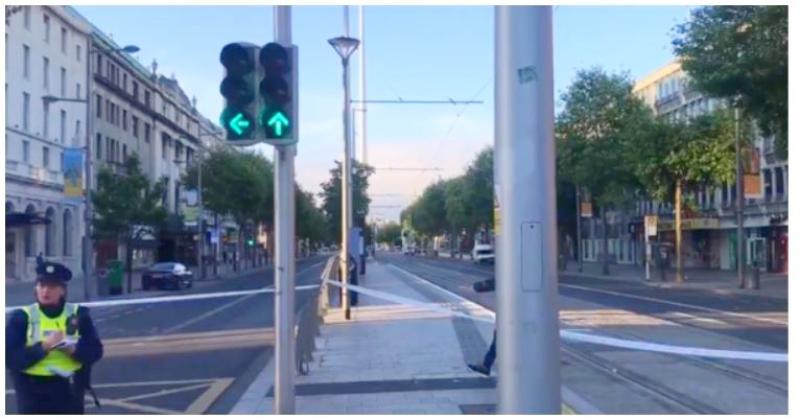 The scene on O'Connell Street

A murder investigation is under way after a man died following a stabbing incident in Dublin city centre in the early hours of this morning.

The incident occurred near the GPO on O'Connell Street at around 1.40am.

The man was taken to the Mater Hospital but was later pronounced dead.

The scene remains sealed off and traffic diversions are in place.

Dublin Bus said buses cannot access O'Connell St in both directions and there are also disruptions to Luas services.

O'Connell St remains closed due an incident overnight, though Marlborough St has reopened.

All Dublin Bus routes that serve O'Connell St are currently using Gardiner Street instead and Luas Green Line services are not running between the St Stephen's Green and Dominick stops.

There are delays from Fairview through to Connolly Station on Amiens St.

It's busy on the Finglas Rd and Botanic Rd approaches to Harts Corner.

A Garda statement on the fatal incident released this morning said:

"Gardaí are investigating a fatal assault that occurred outside a premises on O'Connell Street, Dublin 1 on the 11th June 2019 at approximately 1.40am.

A man (age unknown) was taken to the Mater Hospital with apparent stab wounds and was pronounced dead shortly after.

Gardaí are appealing for anyone with information or anyone who was on O'Connell St, in the early hours of this morning, who can assist Gardaí in this investigation to contact them at Store St Garda station on 01 6668000, the Garda Confidential Line 1800 666 111 or any Garda Station."