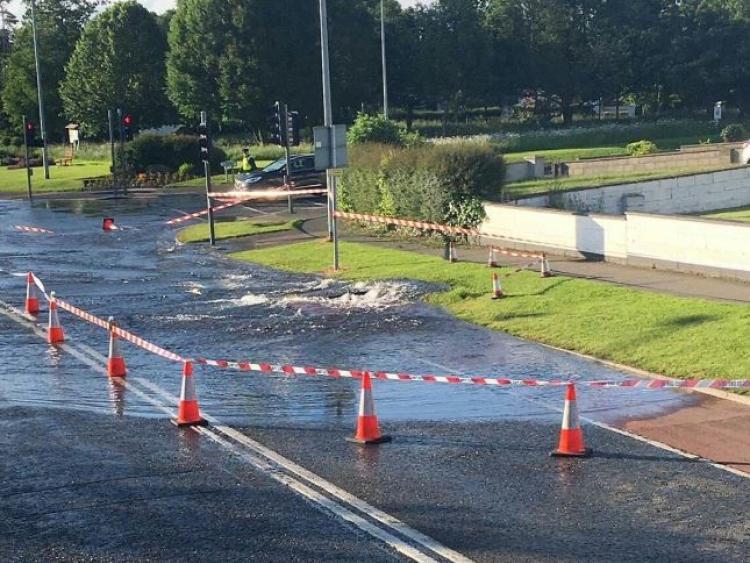 The burst water mains on Station Road, Leixlip this morning

UPDATE: Station Road in Leixlip has now fully reopened to traffic after the burst water mains has been repaired - but water is still off in some areas.

Station Road in Leixlip is closed this morning at the Garda Station due to a burst water main.

Photos from the scene sent to KildareNow show a large amount of water in the area with a large section of the road flooded.

The incident happened near the grass verge outside a house.

Local diversions are in place, with Gardaí directing traffic.

Delays have built up on nearby routes such as Green Lane and Castletown Road.

Road users are advised to avoid the area.