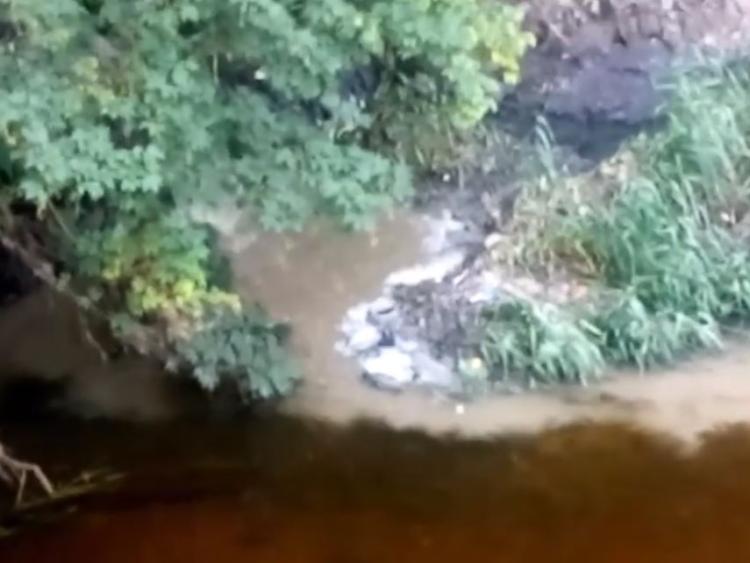 The sewer flowing into the River Barrow. Photo sent in by a reader

Irish Water has confirmed that a sewer blockage on Dublin Street, Monasterevin on Wednesday was caused by gun barrel pipes (similar to pictured) used in plumbing and the accumulation of wipes.

Yesterday [Thursday] evening, at approximately 6pm, there was a sewer blockage on Dublin Street, Monasterevin, Kildare.

This blockage caused a sewage overflow impacting the river Barrow.

Irish Water said: "Works to clear the blockage began as quickly as possible. A number of lengths of gun barrel pipes were removed from the sewer.

"It is not known how these pipes entered the sewer network but it is likely that this caused the blockage.

"This obstruction in the sewer gathered more material mainly wipes as well as fats, oils and greases which resulted in the overflow.

"The blockage was cleared at approximately 8pm on Wednesday 13 June and the overflow ceased at this time. Inland Fisheries Ireland (IFI) and the Environmental Protection Agency (EPA) have been notified of the incident.

"Irish Water is committed to safeguarding the environment and ensuring all wastewater is correctly treated and is safely returned to rivers, lakes and sea."

Speaking about the blockage, John O’Donoghue Regional Operations Manager, Irish Water said, “Whilst the primary cause of the blockage in this instance was the gun barrel piping, it was exacerbated by the presence of sanitary products such as wipes and fats, oils and greases (FOGs).

"We would like to remind the public that only the 3Ps (Pee, Poo and Paper) should be flushed down the toilet and FOGs should not be poured down the kitchen sink.

"FOGs as well as gravy may seem like liquid when poured but once they reach the pipes they cool and can cause blockages in the sewer pipes in homes, businesses, the public sewer network, wastewater treatment plants and ultimately damage the environment.

"When FOGs combine with wipes and other sanitary items that shouldn’t be flushed down the toilet, fatbergs can form.

"Every week there are hundreds of sewer blockages in the public sewer network caused by FOGs being poured down the sink and wipes and other inappropriate items being flushed down the toilet.”