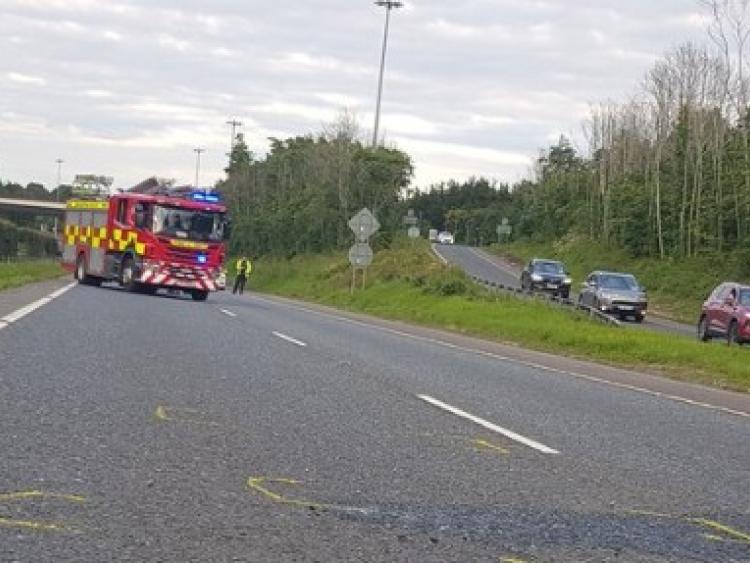 The scene of the collision. Pic: Dublin Fire Brigade

This was the scene of a 4-vehicle crash on the M4 near Leixlip yesterday evening.

The incident, described as a 'low-impact collision' by Dublin Fire Brigade, took place on the westbound lanes near  Junction 6.

According to markings by Gardaí, the four vehicles appeared at almost right angles to the direction of traffic.

Fuel spills are also visible on the tarmac. 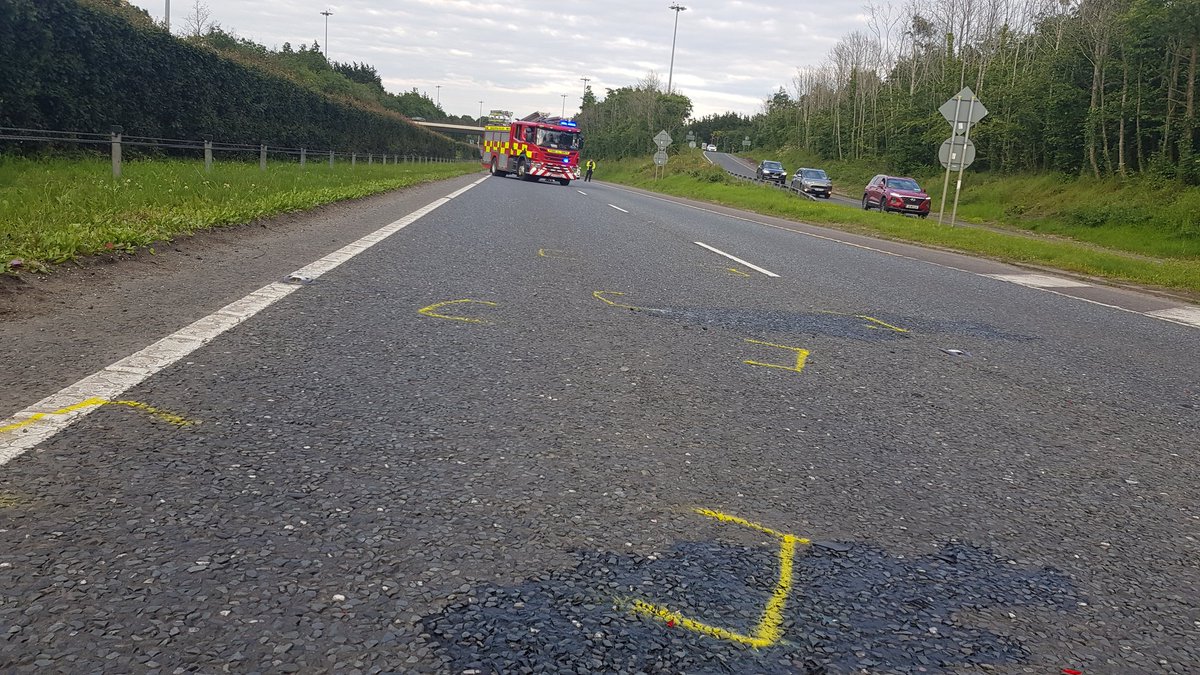 The overtaking lane was blocked as a result of the incident.

There were no injuries sustained by the occupants of the vehicles.

Heavy delays were experienced in the area for a time but the congestion later eased.