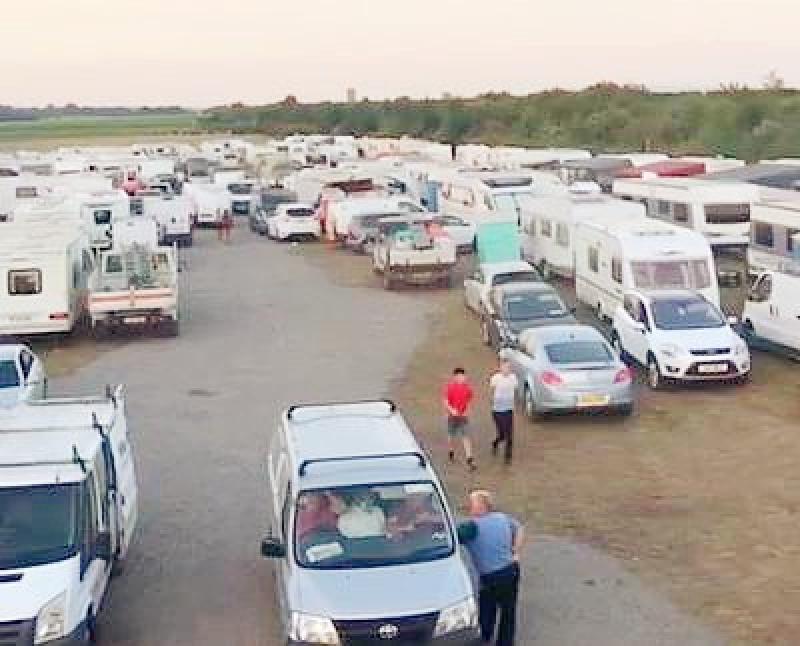 Hundreds of born-again Christians including a large group of Travellers have gathered for prayer meetings in a small field beside the M7 near Monasterevin.

Large numbers of caravans and vehicles are parked at the location on the R445 Monasterevin to Kildare road close to Junction 14 Mayfield motorway service station.

The event is organized by Light and Life Missions Ireland, an increasingly popular evangelical Christian group of which many members are Travellers.

Colourful jamboree-style tents have been erected for prayer meetings on the site.

Large skips are provided for the disposal of litter.

Prayer meetings began last evening and will be held every evening at the site at 6.30pm.

Signposts are positioned at junctions to direct participants.

Light And Life Mission followers carry out full-immersion baptisms and the group teaches a direct interpretation of the Bible.

The religious movement was popularised among Travellers by famous bare-knuckle boxer Dan Rooney.

The Light And Life church is proposing some modern changes to the traditional Traveller culture such as forbidding fortune-telling, drinking and smoking and arranged marriage.