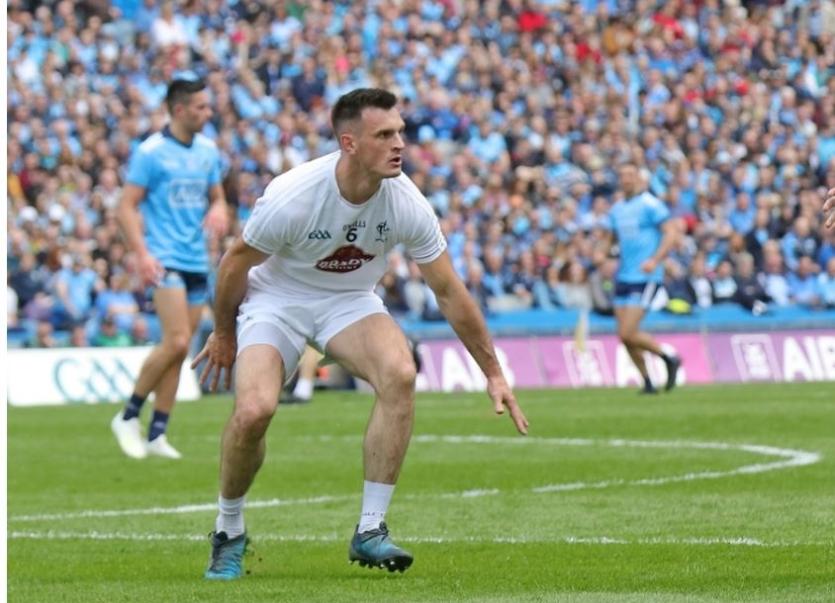 Kildare are into the next round of the All-Ireland Senior Football Championship after dispatching of Antrim with a minimum of fuss on Saturday afternoon. One step nearer to making the 'Super 8s'...

As Kildare juniors await the commencement of their Leinster final against Meath in Croke Park this afternoon, Kildare GAA fans can take heart that the county already has notched up two major wins this weekend, with the minors also defeating Laois on Friday last. (They progress now to the Electric Ireland Leinster Minor Football Championship Final).

On Saturday Kildare seniors started well and that was the key as they proved much too powerful for Antrim with Adam Tyrrell and Neil Flynn in particular proving too hot for the Saffron defence. Kildare led by seven points at half-time, the game looked to be on the verge of being over.

That was confirmed within minutes of the restart as Fergal Conway scored his second goal of the campaign. It was plain sailing from there on in for Kildare and attention quickly turned to Round 3 where they are bound to get a bigger test.

In similar fashion to 'Newbridge or Nowhere' a year ago, Antrim fought hard for the home advantage at the venue on the edge of the Falls Road but they will be disappointed with their overall performance with the six points from play by full forward Patrick McBride the only real positive.

Kildare wasted no time in getting acquainted to the picturesque venue of Corrigan Park as they kicked the opening three points of the game with a long range free from Neil Flynn being followed by two Adam Tyrrell efforts with the Moorefield man’s first score coming from a wayward Antrim kickout.

It took nine minutes for Antrim to get on the board but they very nearly found the net when a long ball in the direction of the Kildare square was flicked towards the goal by Stephen Beatty but his attempt went too high. Patrick McBride looked lively for the Saffrons up front and he soon reduced the gap with a point from a difficult angle.

The sides then interchanged scores with Mick O’Grady getting forward for Kildare with James McAuley responding in kind. Cian O’Neill’s side did suffer a blow when Chris Healy was black carded for an apparent third man tackle but with the introduction of Jimmy Hyland Kildare duly scored seven points in a row.

Flynn and Tyrrell were causing pandemonium in the Antrim defence and the two combined for a couple of efforts with Flynn landing three and Tyrrell two in a storming period of football for the visitors.

Kevin Feely was also on target while Keith Cribbin looked on for goal before he had an effort well blocked. Antrim were staring down the depths of despair but they added on two Conor Murray frees either side of a McBride score. Kildare were well worth their lead though and Flynn and Jimmy Hyland kicked scores before the end of the half as Kildare went into the interval with a 0-13 to 0-6 advantage.

Antrim threw out their rather defensive tactics at the start of the second half and it worked briefly with points from Conor Murray and Matthew Fitzpatrick.

A goal is what the Ulster side needed however and unfortunately for them it was their opposition that got it with Fergal Conway firing in a goal minutes after Flynn and Jimmy Hyland kicked points.

That put Kildare 1-15 to 0-8 in front and although McBride found the target from play, six points without reply for the Lillywhites soon followed.

Fergal Conway was dominant around the midfield area as he dwarfed the Antrim opposition and he kicked two quickfire points with Tyrrell and Flynn also extending their tallies.

Antrim did finish well with McBride and Conor Murray scoring while Matthew Fitzpatrick narrowly missed out on a goal when an audacious lob attempt over Mark Donnellan went between the posts.

Kevin Feely and Jimmy Hyland added on Kildare scores before the end with Jason Gibbons also getting his first point in a white jersey as they sauntered to a very comfortable victory.