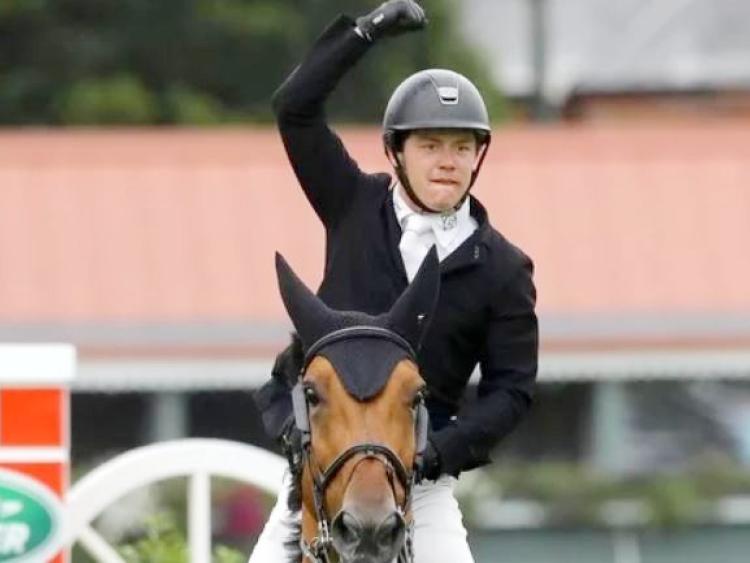 19-year-old Michael Pender from Co Kildare has been crowned the youngest ever winner of the famous Hickstead Derby in the UK.

Michael produced the only double clear round of the competition with the 12-year-old gelding Hearton Du Bois Halleeux.

The Irish teenager is only the sixth ever Irish rider to win this prestigious title and follows in the footsteps of greats like Paul Darragh, John Ledingham and Eddie Macken.

Pender lifted the coveted Boomerang trophy, named after the horse that won the Derby four years in-a-row with Eddie Macken from 1976 to 1979.

“It hasn’t really hit me yet, but it’s what every rider dreams of that comes here.

"Hearton Du Bois Halleeux] has done a lot of puissances, but this is the first time I’ve done something like this with him.

"It means so much to win this – there’s so much history to the class, and so many good riders, and I’m just speechless.

"Getting up this morning, you don’t think it’s ever going to happen.

"I knew the horse wasn’t going to be very fast in the jump-off, so I knew I needed to try to go clear and put the pressure on Harriet. That’s what I did, and it paid off.”

“This was an amazing performance from Michael Pender on his very first attempt at the Hickstead Derby.

"You just need to look over the list of famous Irish and international riders who have won the Hickstead Derby in the past to see how historic this achievement really is.

The result adds to Ireland’s rich association with the Derby.

"A special word also for Shane Breen and to Harriet Nuttall who played their part in a great competition.”