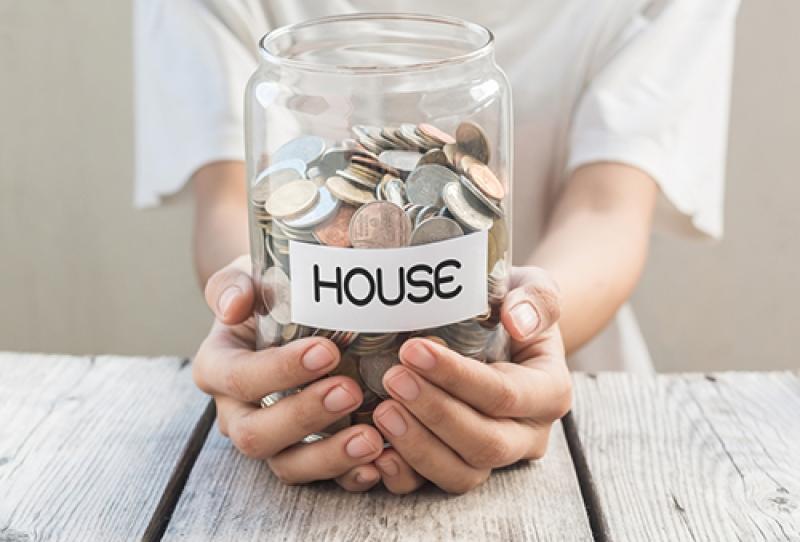 Kildare is among a number of counties considered too expensive for buyers, according to a survey by consultants EY-DKM Economic Advisory.

This is because buyers on an average income are unable to fund a deposit and have not got high enough earnings to qualify for a mortgage.

Commuter counties of Kildare, Wicklow, and Meath top the list of the most unaffordable when it comes to saving for a deposit.

It takes average income earners an average of 15-plus years in these counties to save the 10% deposit needed by a first-time buyer to qualify for a mortgage under Central Bank rules.

Co Roscommon follows closely behind, with the consultants calculating it takes would-be buyers 10.4 years to get the funds together for a deposit if they are on an average wage.

Co Roscommon is regarded as unaffordable despite houses being cheap due to low levels of income in the county while rents are high, according to the EY-DKM analysis.

First-time buyers in Dublin are required to save for 4.3 years. This is based on the fact incomes are higher in the capital, despite properties in Dublin being twice as expensive as in the rest of the State.

Co Leitrim is the most affordable county, with a little over one year required to achieve a 10% deposit.

Co Longford, Co Sligo, Co Cavan and Co Tipperary complete the top five of the most affordable locations, based on both the ability of residents to pay a mortgage and the time needed to save for a deposit.

In half of the country it takes three years or more to save enough for a deposit, with the ability to save for a deposit the main barrier to affording a home.

Buyers are restricted to borrowing no more than three-and-a-half times their income, unless they can get an exemption from their bank.

This is based on ability to afford the mortgage and the length of time it takes to save for a deposit.

Other counties considered unaffordable include Co Clare, Co Offaly, Co Louth and Co Westmeath. Co Cork, Co Mayo and Co Carlow are also on the list. Potential buyers are being affected by a situation where the increase in rental costs is outpacing wage rises, even in rural areas.

The results are despite an easing off in house price inflation nationwide. The Irish Independent/Real Estate Alliance survey shows average houses in Dublin are losing value at a rate of €1,000 a month.

Annette Hughes, director of EY-DKM, said for many house ownership was out of reach.

"While incomes nationally have grown, rents have grown much faster, which has resulted in an ever-increasing pressure on first-time buyers' ability to save," she said.