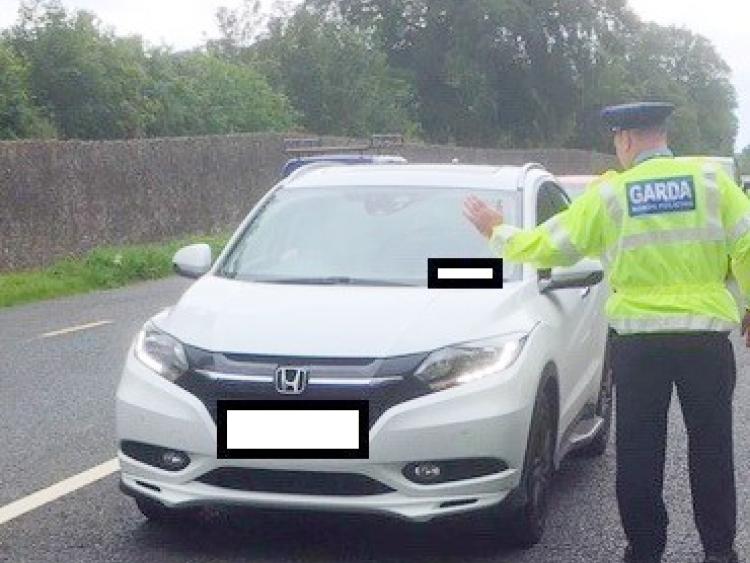 A Kildare Garda officer at a recent Checkpoint

After nine cars were seized within a period of 24 hours in North Kildare, Gardai are urging motorists to ensure that have a valid drivers’ licence, tax, insurance and NCT for their vehicles.

Gardaí in Leixlip, Kilcock and Celbridge conducted an intensive Multi-Agency Operation focusing on HGV/Trucks on Tuesday.

Checkpoints were carried out at Donaghcomper in Celbridge, Carton Demesne in Maynooth and Boycetown in Kilcock.

A total of 13 offences were detected by the Road Safety Authority for defects on HGVs.

Customs officials dipped 50 vehicles for Green diesel with one detection.

A total of 10 vehicles were also checked for Vehicle Registration Tax (VRT), resulting in 10 VRT challenges.

Three vehicles were detained, resulting in substantial fines being paid by motorists for release.