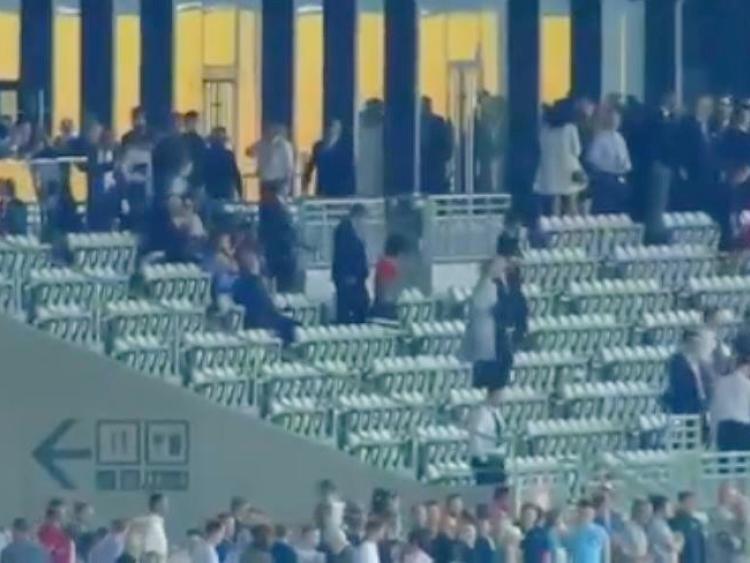 Racegoers being evacuated from the grandstand

The Curragh Racecourse was temporarily evacuated after the fire alarm in the grandstand went off.

The horses have been withdrawn from the stalls ahead of the 3.45pm race.

UPDATE: The grandstand at The Curragh was temporarily evacuated after the fire alarm went off but it's back in operation now and The Curragh Cup started just a few minutes after the scheduled time of 3.45pm.

The second day of the Derby Festival kicked off with the Barronstown Stud Irish Maiden at 3.15pm.
The final race today is the 6.25 under stARTers orders Handicap.