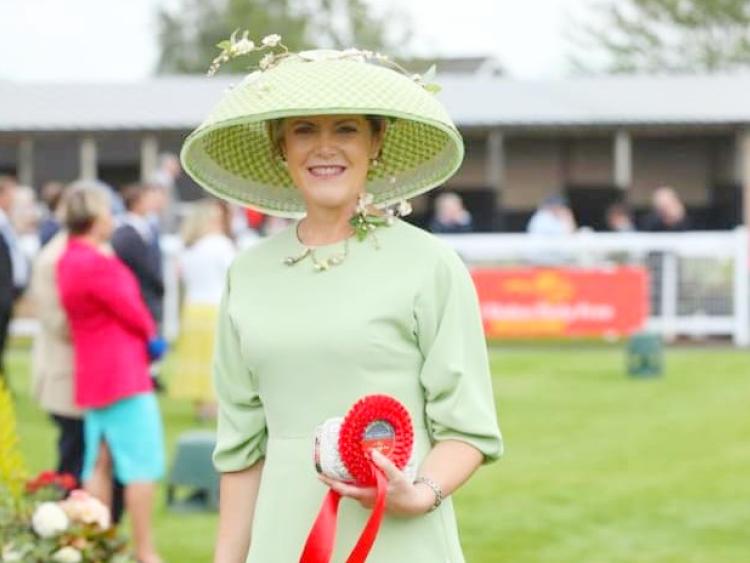 Moira in her winning outfit

The Most Stylish Person Competition on Derby Day at the Curragh, sponsored by Dubai Duty Free, was Moira O’Toole, a teacher from Kilkenny. 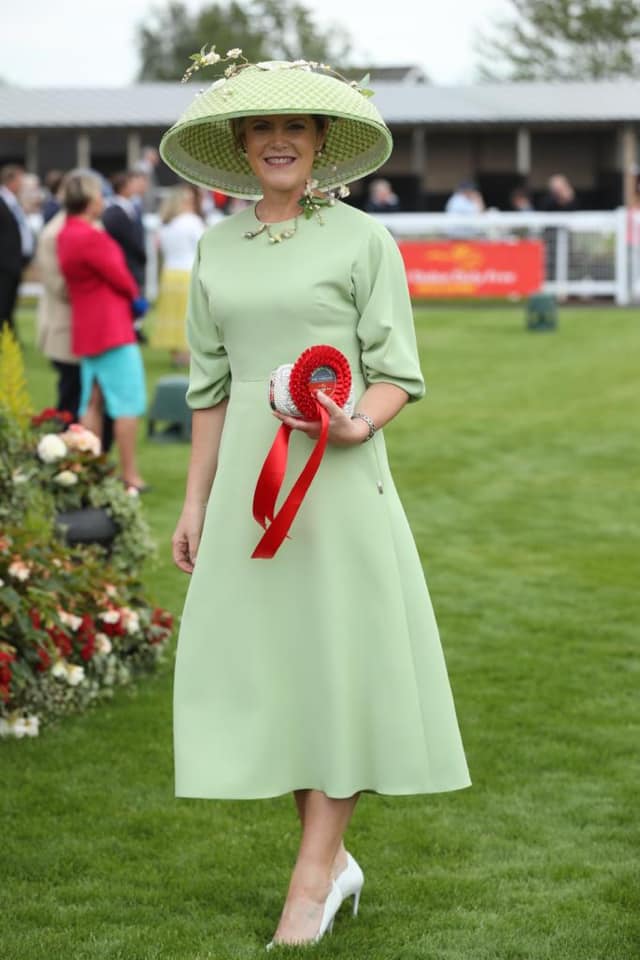 Her winning ensemble consisted of a retro sage green midi dress which featured a fit and flare skirt and peter pan collar.

She teamed the dress with an eye catching dome shaped hat with applique designs. Moira let her stunning hat to do the talking and kept the rest of her accessories simple opting for a simple beaded clutch and white heels.

Moira wore an apple green dress with matching hat, which she made herself.

The 1950’s inspired dress was from a boutique in Kilkenny, called Mimis.

For her efforts Moira won a trip to Dubai for two, courtesy of Dubai Duty Free. She will stay at the Five Star Jumeirah Creekside Hotel for five glorious nights and will enjoy a €1,000 Dubai Duty Free shopping voucher.

The official attendance on the day was 11,957 with the crowd enjoying the new facilities and
basking in the Kildare sunshine.