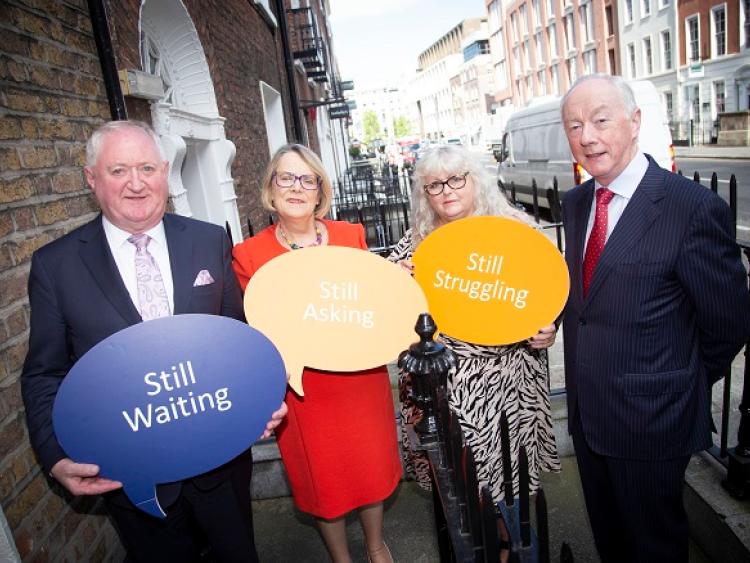 The Alzheimer Society of Ireland has today launched its Pre-Budget Submission 2020 ‘Dementia Supports Across Ireland – Still Asking, Still Waiting, Still Struggling’ calling on the Government to start funding vital community supports and home care in a detailed €18.4m national investment proposal that will help support the 1,453 people living with dementia and their struggling families in Kildare.

There are serious gaps in the services provided in Kildare, with none of the following services available according to the mapping project carried out by ASI and National Dementia Office (NDO): Dementia Assistive Technology Library, Dementia Cognitive Therapies, Dementia Counselling Service, Dementia In-Home Respite and People with Dementia Support Groups.

Dr Helen Rochford Brennan, member of the Irish Dementia Working Group and Chair of the European Working Group of People with Dementia, who spoke at the launch in Dublin, has witnessed numerous false dawns as successive Budget Days have come and gone without ring-fenced funding for dementia supports. Helen, who was diagnosed with Alzheimer’s disease in 2012 and now also a carer for her husband who has a serious health condition, believes that the wait for extra funding must end.

Dr Rochford Brennan said:“I was diagnosed with Alzheimer’s disease in 2012 after a five year struggle to get a diagnosis. Since then I have campaigned relentlessly so that politicians will change policy and people with dementia are better supported from their diagnosis onwards. But I’m still asking, still waiting and still struggling.  I do not believe that my own Government is actually listening. Dementia is the health crisis of our time and it has been completely ignored in the Budget. People with dementia and their families are sick and tired of waiting – we need extra community supports and home care now. My message to the Government is clear: stop focusing on spreadsheets and start looking at reality and deliver on extra funding for people with dementia in Budget 202, as I don’t know how much more time I have to keep asking.”