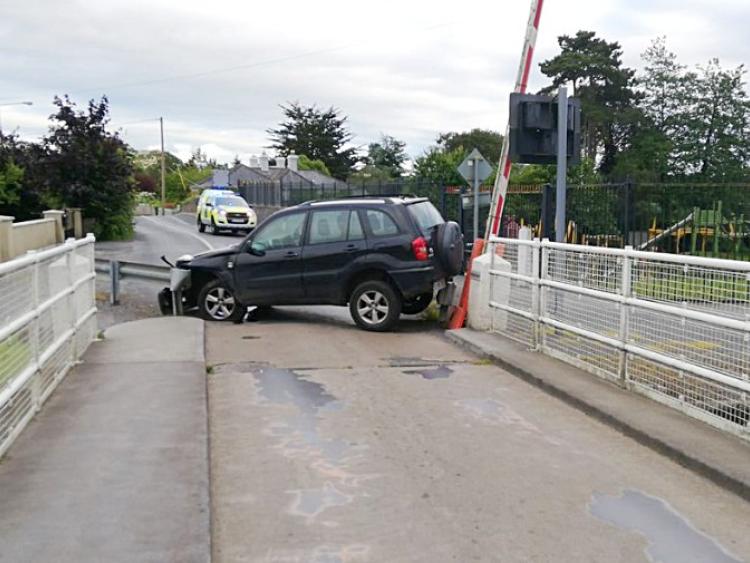 The scene in Monasterevin.

Gardaí have confirmed that the driver involved in a highly unusual collision has been arrested on suspicion of drink driving.

The R424 was close for a time on Monday evening after a vehicle was wedged on a bridge in Monasterevin. 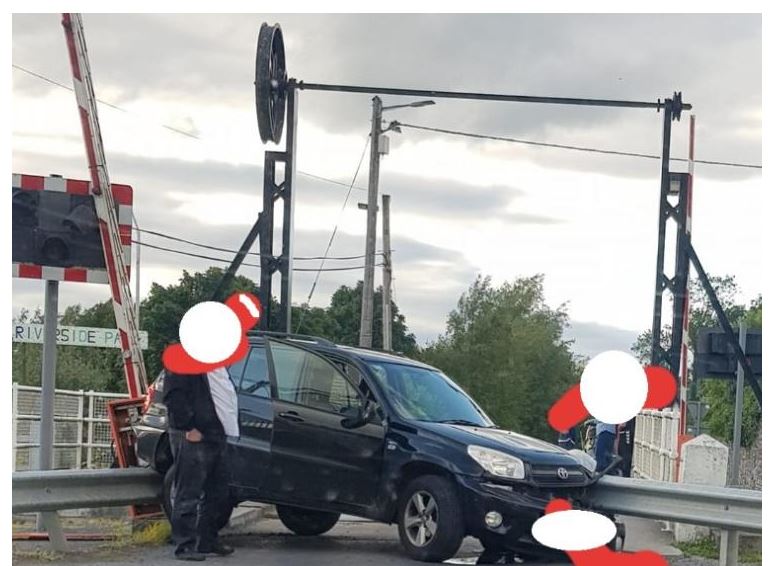 The 4X4 was stuck between the barrier and the Draw Bridge outside Riverside Park on the Portarlington Road. 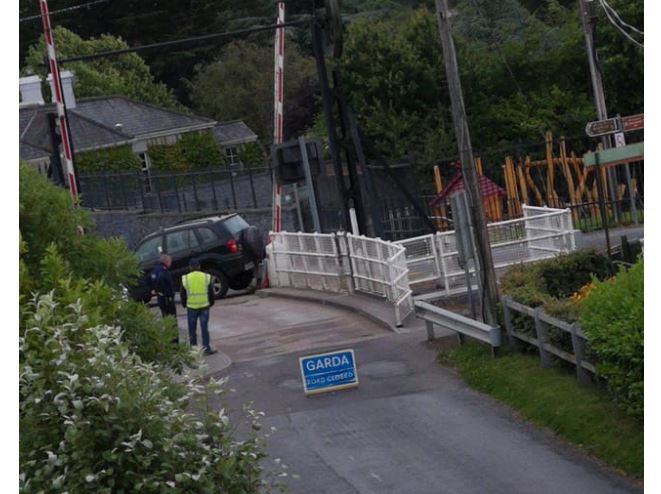 Gardai attended the scene and sealed off the route with Road Closed signs.

The vehicle was later removed and the R424 was reopened to traffic.

Kildare Roads Policing Unit, based in Kildare Town, said the driver was arrested on suspicion of drink driving.