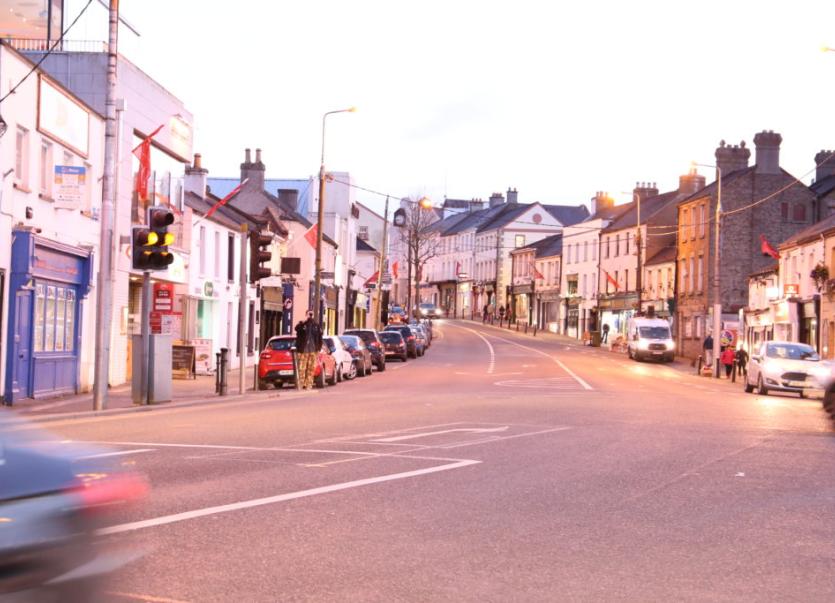 With Dunnes Stores due to open on the Main Street of Naas next month, local traders hope the popular retailer will be a shot in the arm of the local economy.

Businesses claimed the recovery from the recession has been too slow but remain optimistic for the future.

The abandoned Naas Shopping Centre during the financial crash was a big loss to the town as its construction also removed a large number of parking spaces.

Retailers blame the lack of business in the town on nearby shopping centres such as Monread Shopping Centre, Whitewater Shopping Centre in Newbridge and Kildare Village.

However there is renewed hope for the future with Dunnes Stores opening next month on the site of the former Superquinn supermarket which closed in 2011.

Martina Phipps in the long-established arts and crafts shop Tuckmill Gallery said more needs to be done to attract shoppers into the town.

“If you didn’t know the town well you wouldn’t think you could buy a pint of milk here,” she told the Irish Times.

Mary Fielding, who has run Finishing Touches soft furnishings shop since 1980, said: "The town has a vibrancy, there is no doubt about that, but it is still quite depressed..."

She added: "Naas is supposed to be one of the wealthiest towns in Ireland. I would challenge that."

“I will only know in about a year if that risk has paid off,” he says. “The town has a vibrancy, there is no doubt about that, but it is still quite depressed...

"Naas is supposed to be one of the wealthiest towns in Ireland. I would challenge that, because people are not spending their money here,” Charles told the Irish Times.