Pearl Jam singer Eddie Vedder turns up on a street in Co Kildare...! 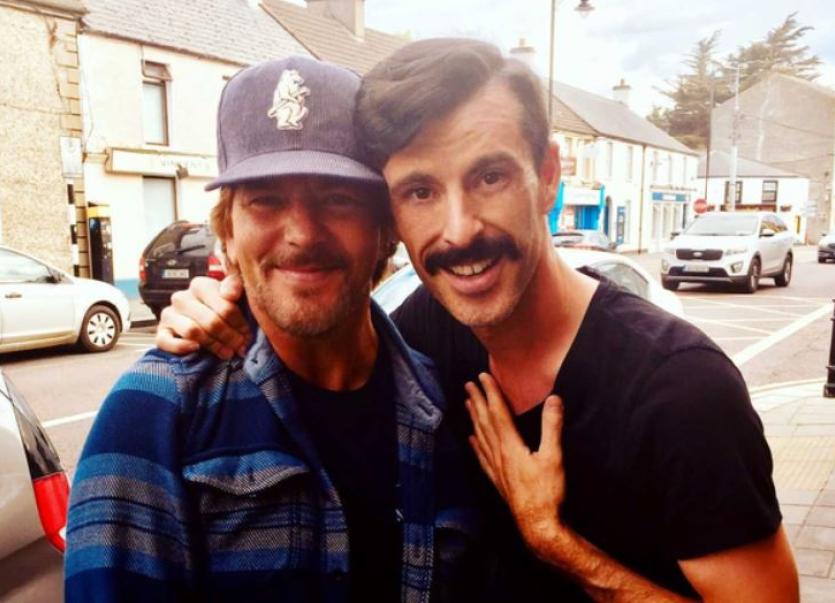 Pearl Jam frontman Eddie Vedder turned up in Celbridge this week 24 hours ahead of his big gig in the 3 Arena in Dublin.

The superstar singer (54) was spotted on the Main Street on Tuesday by another singer Brian Keville, who performs as Freddie Mercury in Queen tribute band Qween.

Leixlip native Brian saw Vedder with Glen Hansard posing for a photo beside a poster for the popular 'Who's Eddie?' band.

Brian said: "I was completely bowled over. It was like 'what the hell is a superstar and icon doing in Celbridge?' He's been my hero for the past 30 years and I just turned into a boy again."

The extraordinary chance encounter was revealed on independent.ie and in the Irish Sun newspaper.

Brian, who is from Leixlip, explained to Vedder that his moustache was not a personal fashion choice, but because he performs as Freddie Mercury, and Vedder asked him to sing a few bars.

"I broke into 'Ay-Oh' and he literally took a step back he was so scared," laughs Brian.

Brian was unable to attend the 3Arena gig as his friend was ill, but while he sat at home that evening he was suddenly inundated with messages via social media from friends telling him that Vedder was talking about him on stage.

"People were telling me he was telling people the story of meeting me and he was putting pictures of me up on the big screen," reveals Brian.  "He showed a pic of me dressed as Freddie and everybody went crazy."

Brian hopped in his car and arrived at the 3Arena as the gig ended, but after a quick chat with security, he was taken into the venue to meet Vedder backstage.

"He was so nice and courteous and he gave me a little gift only myself and The Edge got - a little logo lighter - and I got a picture with everyone."

Brian emerged from the 3Arena after 15 minutes and was so elated he drove six miles in the wrong direction on his way home.

Eddie Vedder wraps up his European tour tomorrow night in London supporting The Who.

You can find out more about Qween via qween.ie and www.facebook.com/qweenband