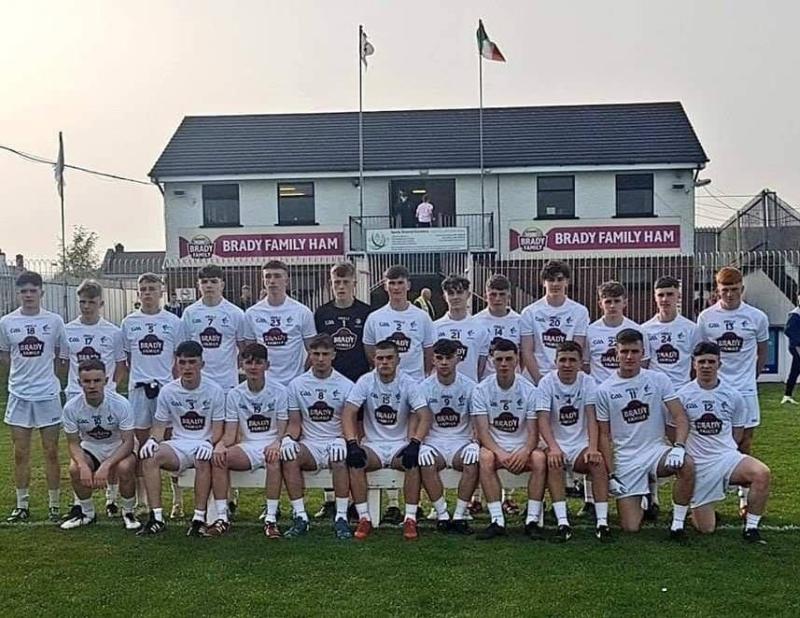 Tomorrow afternoon will see Kildare compete in the Leinster Minor Football Final for the sixth time in seven years when they collide with Dublin in Navan.

Kildare were victorious in three of those finals as they achieved Provincial glory over Westmeath, Longford and Laois in 2013, 2015 and 2016.

Dublin defeated Kildare in 2014 by ten points and ended any hopes of a possible three or four in a row but there is no doubting the huge work that Kildare are doing at underage currently.

Still though Dublin look a huge challenge and on paper they seem to have a very good side.

Like Kildare they went through the round robin series unbeaten after wins over Meath, Wexford and Offaly before defeating Wicklow and Westmeath in the knockout stages.

On the other hand Kildare got the better of Wicklow, Louth, Kilkenny and Laois but it is the Dubs victories over Westmeath and Wicklow that may give us some guide to the form line although at under 17 level that can be missing at stages.

The Wicklow game at the quarter-final stage in Aughrim really put Kildare’s victory over the same opponents in perspective.

Dublin ran out easy eight point winners while Kildare had to be at their best to fend off the Garden County in Round 1.

The same kind of thing can be said about Westmeath and Laois with both beaten semi-finalists coming from the same group but what we do know is that Kildare will have their homework done.

Manager Colin Ward mentioned before the 0-12 to 1-6 victory over Laois in the semi-final that between himself and his selectors that they had seen the O’Moore County play on three separate occasions and it showed in his side’s performance as they were worth more than the three point margin and you can be sure they have done similar on Dublin.

Dublin overcame Westmeath in the Semi-Final a day after the Laois game so it would have given them one more chance to cast their eye over the side from the Capital.

Even still it is an exciting Kildare side and while they are guaranteed another two games they will be desperate to land Leinster honours after losing out in last year’s final to Meath although this is a new team and management so there will be no baggage left over from that.

Like last year in John Ball who received an All-Star at the end of the campaign it is Clane who are represented between the sticks with Cian Burke on duty and he has had a big role in shepherding an impressive back six in front of him.

Conan Boran has already represented Naas CBS in an All-Ireland Schools Final this year and he is a key part of the full back line along with Jack Quinn who is the son of former player Ronan.

Mark Maguire and Oisin O’Rourke are crucial in the half back line with Shane Flynn growing into his role in midfield.

Eoin Bagnall and Aaron Browne have been the mainstays up front for Kildare but importantly Oisin Millmoe stood up in the last game and they may need something similar come tomorrow from someone else.

Kildare have the ability to win this game but it probably needs their best performance to date if they are to achieve it and with Minor now at under 17 it’s difficult to know how players of that age will respond to such a big occasion.

After the Juniors, Seniors and Under 20’s all departed the scene over the last week let’s hope the Minors can give the County the lift it needs.