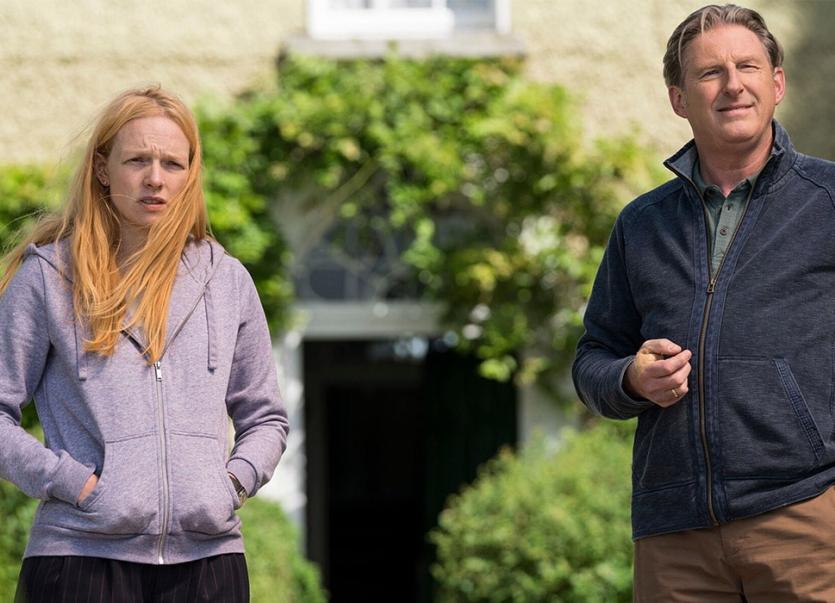 Adrian Dunbar will star in the second season of psychological drama Blood which is set in north Kildare.

The first series was filmed in Kilcock town and along the Royal Canal.

Dunbar, who had roles in Irish films such as My Left Foot, The Crying Game, and The General, is well known for his role of Superintendent Ted Hastings in the BBC One thriller Line of Duty.

Dunbar plays the role of a charming rural doctor in the drama from Virgin Media.

His wife is suffering from motor-neurone disease and she dies.

Then his headstrong daughter Cat comes back from Dublin where she’s been living for some time — and family secrets begin to unravel.

Dunbar said this week: “Jim is a brilliant character.

”It is great drama, a family drama set in rural Ireland.

“And yes we are doing a hell of a lot of urban gritty, dark, tough stuff in Ireland.

“They are wonderful. But to see that people are  really interested in this other part of Ireland that is often over looked.

“And most of us live in this rural environment and it doesn’t glamorise crime at all. If you stick a camera on anything it will glamorise that.

“It gives us a great insight into normal life but as the saying goes, “if you show me a family I will show you dysfunction.”‘

Scenes were shot last season in a disused medical centre in Kilcock town.

TV3 was rebranded as Virgin Media Television after the acquisition of the station by the group in 2015.