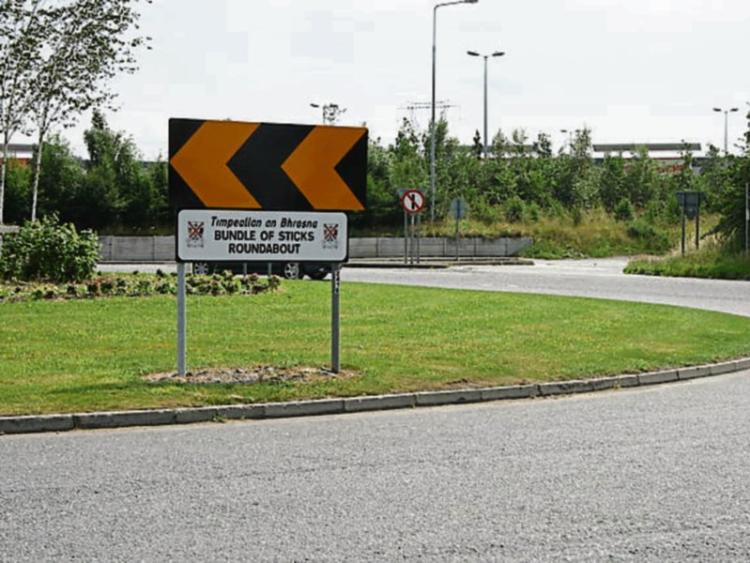 The Bundle of Sticks roundabout, between Naas and Newbridge

This means that anybody travelling eastward on the M7 to Naas Enterprise Park (Toughers) Ladytown Business Park or nearby areas turns off the motorway sooner and completely avoids the Bundle of Sticks Roundabout which is usually congested at peak times.

Traffic heading to the Naas side of Newbridge such as to the Pfizer plant will also benefit.

Motorists have been pre-warned that the new Junction 10 exit is positioned in advance of the existing exit, so motorists
should use caution on approach so as to avoid missing it.

The new M7 Westbound off-slip at Junction 10 (Naas South) will open too and also bypass the Bundle of Sticks Roundabout.

This Exit is past the existing exit so motorists can follow signage to turn off the motorway.

Kildare Co Council said both new slips lead up onto new upgraded sections of the Newhall Interchange which ties into the R445 dual carriageway.

Motorists are advised to take care when using slips and follow signage for own destination.

The opening of these slips will allow for mainline works to continue across old exits which will become part of the works areas.

Contractors for the M7 widening project, SIAC Colas, said the project will be substantially completed by the end of the month.